The French haunt Cheongdam in an eerie new exhibit

The French haunt Cheongdam in an eerie new exhibit 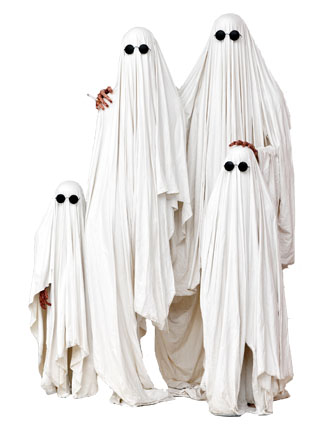 A gallery on the hip street of Cheongdam in southern Seoul has turned into a haunted house.

On the second floor of SongEun ArtSpace is now a grand piano tilted so a leg is suspended in the air. The piano makes a thunder-like sound regularly though no one is banging on its keys.

This is a work by Stephane Vigny, who makes surrealistic art through unexpected and witty combinations of daily objects. The sound of the piano is made by the sliding of a few objects on the strings.

It is a good introduction to the ongoing exhibition “France in SongEun: The French Haunted House.” 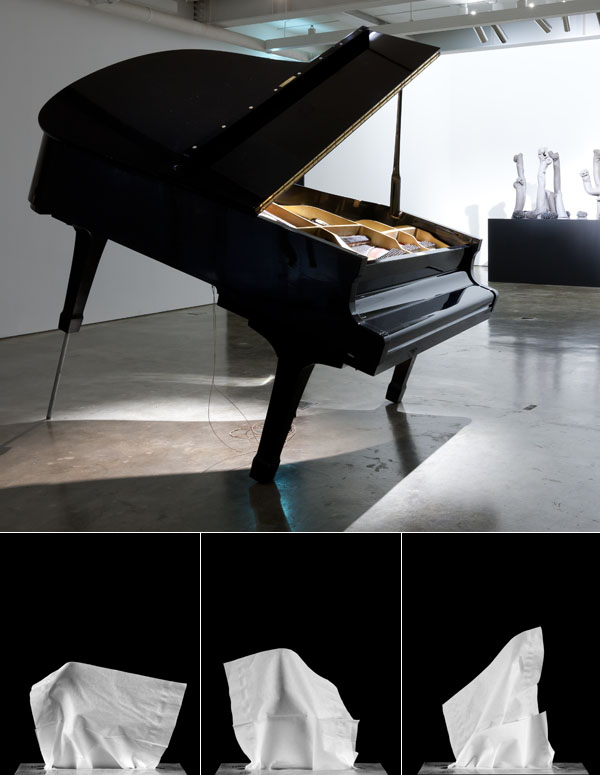 Curator Gael Charbau and 12 artists, including Vigny from France, have decorated the gallery with fascinating French ghosts.

Damien Cadio’s painting “French Window” hangs in a corner. It depicts a window and a blurred figure looking over it from the inside, casting a creepy mood.

The third floor is decorated with a group of trophy animal heads, indispensable for a horror movie set along with things like a self-playing grand piano. The heads, by sculptor Julien Salaud, are more grotesque than might be expected as they are hybrids of two or more animals.

A screen on the third floor shows a group of teenagers one by one with uneasy or embarrassed looks. As images of French sites reputed to be haunted appear in the background, the teenagers look as if they just wandered inside. But in fact, their uneasy looks are the result of artist Eleonore Saintagnan asking sensitive questions during filming.

Through this video work, the artist shows the uneasy feelings felt not only by teenagers but also the general public as they wander though society, which is, in many ways, a haunted house of its own.

Visitors to the exhibit will then finally encounter what seems to be a residence in this “haunted house” on the gallery’s fourth floor. There are four ghosts that make “The Invisible Family,” a sculpture more humorous than frightening by Theo Mercier.

Above the family are a series of black-and-white photos that show various poses of elegantly dancing apparitions. But in fact, the photos by Julie Bena show tissue paper pulled from the box. As this work demonstrates, she often finds the aesthetic value of trivial daily objects to be uniquely spiritual.

A total of 41 works are on display encompassing paintings, sculptures, installations, photos and video pieces.

“I have chosen artists and works that represent the contemporary French art scene,” Charbau said. He has been working as the editorial director of the Salon de Montrouge since 2009.

“In this exhibition, the works unfold and encounter each other through the effects of visual echoes, tension and apparitions within an open story line,” the gallery explained in a press release.

“The French Haunted House develops in exhibition space what cinema does in the time of a film. It does not offer a strictly linear path, but instead invites the spectators to discover this young French scene by putting together the different parts of a script that are to be read - just like cultural influences - in an apparent disorder of form and beauty.”

The exhibition runs through June 8. Admission is free.