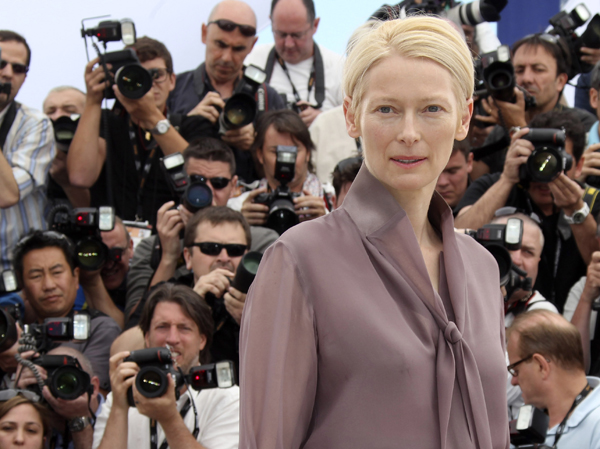 NEW YORK - Visitors to the Museum of Modern Art in New York had the chance to see an unusual performance on Saturday: Oscar-winning actress Tilda Swinton sleeping in a glass box.

First performed in London in 1995, the performance piece will be repeated periodically throughout this year, museum spokeswoman Margaret Doyle said.

“The nature of the concept is that it not be announced in advance, nor publicized by the museum,” Doyle said.

Swinton, 52, won an Oscar for best supporting actress in the 2007 film “Michael Clayton.” Other credits include the title role in “Julia,” “Burn After Reading” and “The Curious Case of Benjamin Button.”