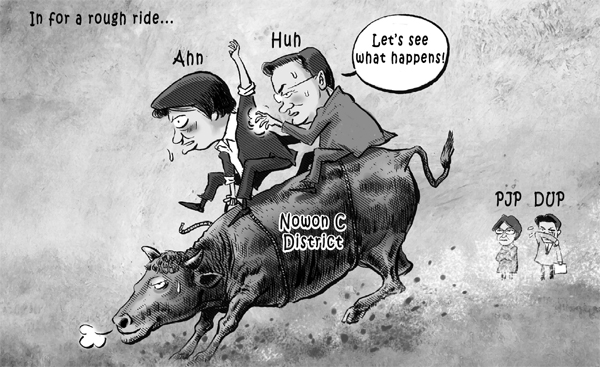 According to a poll, former presidential contender Ahn Cheol-soo would take 38.8 percent while Huh Joonyoung, former National Police Agency commissioner, would receive 32.8 percent of the vote in the April by-election in Nowon C District. Huh said in a radio interview that he would give Ahn a hard time. Kim Jiseon of the minor opposition Progressive Justice Party will also join the race. The main opposition Democratic United Party won’t field a candidate in the name of “consolidation of liberals.” By Park Yong-seok