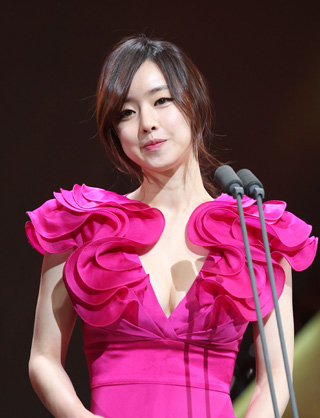 Hong Soo-ah of the KBS drama “The Great King’s Dream” apologized yesterday for the wedding garment she wore in a show that aired on Saturday.

In the period drama set in the Silla Dynasty, Yeonghwa, a character played by Hong, wore a Western-style white wedding gown with a veil.

“[The wedding] was in Yeonhwa’s imagination and fantasy. Me and my personal stylist are to be blamed as we went overboard,” Hong said on Twitter.

“It’s not any of the staff’s fault, so please don’t denounce the entire team who were just tired from filming in the early morning. I should be the one to be blamed, and I’m regretful.”

As she was dying in the drama, Hong’s character imagined her wedding to the character who later becomes King Munmu.

Many fans were upset about the use of modern clothing in the period piece.