Meeting of the minds

Meeting of the minds 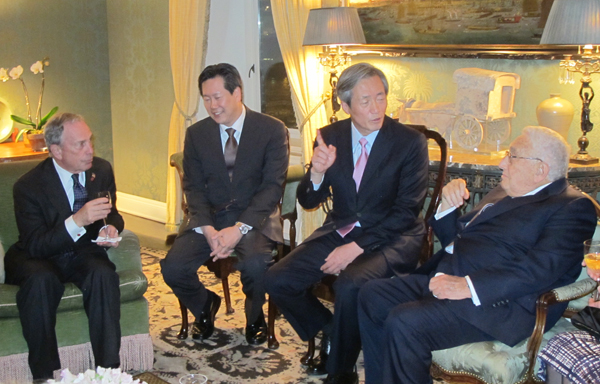 Meeting of the minds ­- Chung Mong-joon, former Saenuri Party leader, second from right, discusses resolving the North Korean nuclear issue amid heightening tensions on the Korean Peninsula with Henry Kissinger, former U.S. Secretary of State, on the right, at Kissinger’s house in New York on Tuesday, U.S. time. From left is Michael Bloomberg, mayor of New York City and Hahm Chai-bong, president of the Asan Institute for Policy Studies.

Provided by the Chung Mong-joon office