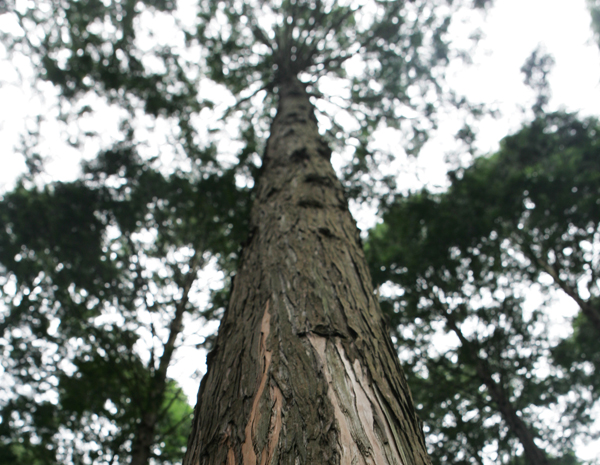 BOSEONG, South Jeolla - At the beginning of every April, the South Jeolla office of the Forest Nurseryman Association receives tons of calls seeking seedlings of cypress trees, especially from local district offices, which need them for April 5, Arbor Day.

In fact, the only service they can provide for these people is just introducing merchants or farms that individually sell the seedlings of cypress trees as they hand over all of seedlings to the South Jeolla Provincial Government.

“Since cypress trees became extremely popular among Koreans recently, we received tons of calls asking us to sell seedlings, not only from the South Jeolla area but also from Gangwon, South Gyeongsang and Chungcheong,” a spokesman of the Forest Nurseryman Association told the JoongAng Ilbo.

Cypress trees contain phytoncides, which are known to be beneficial to treat skin disorders and release stress.

The trees have become popular with the country’s recent trend of “well-being” and “healing.”

The tree is also used for furniture, housing and interior design materials.

Chungnyeong mountain in Jangseong County and the Healing Forest in Jangheung County, South Jeolla are surrounded by thousands of cypress trees, and attract about an average of 1 million tourists who want to “forest-bathe” every year.

Since the tree has become popular, the South Jeolla government is trying to increase the total production of the tree.

On 4,977 hectares of land in Jangseong County, where 15 million of the trees are planted, they are currently trying to plant more seedlings though they already have 115,000.

Other than private nursery gardens, cypress trees are supported by Boseong tree nursery farm in South Jeolla and the Forest Nurseryman Association.

The Boseong farm has supported about an average of 1 million cypress seedlings per year since it opened in 1995 to national forests.

“I think the cypress tree is one important legacy that we can turn over to the next generation,” said Choo Nak-ho, who has been working at the tree farm in Boseong for 18 years.