Timberlake keeps No. 1 from Lil Wayne

Timberlake keeps No. 1 from Lil Wayne 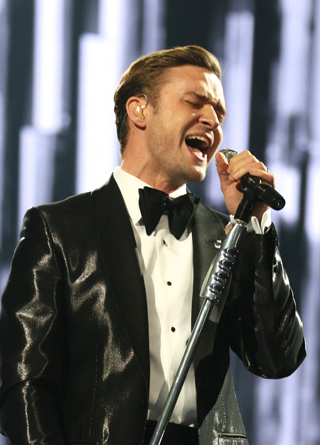 Timberlake’s chart-topping “The 20/20 Experience,” which features the hit single “Suit & Tie,” sold 318,000 copies in its second week, according to figures from Nielsen SoundScan.

Since its March 19 debut, Timberlake’s album has sold 1.29 million copies in the United States, making it the biggest-selling album of 2013 so far.

Timberlake, 32, held off rapper Lil Wayne’s latest record “I Am Not a Human Being II,” which sold 217,000 copies. The Easter holiday, which gave people more time to shop, bolstered the strong sales of this week’s top three albums on the Billboard 200 chart, said Jim Donio, president of the National Association of Recording Merchandisers.

“While albums and tracks both remain down year-over-year, Timberlake’s continued strong performance, the infusion of new blood toward the top of the chart, and the upcoming Record Store Day event on April 20th bode well for the weeks ahead,” Donio said in a statement.

Overall album sales for the week ending March 31 topped 6.5 million, up 6 percent from the same week in 2012, and bringing 2013’s cumulative U.S. album sales tally to more than 74 million.

This week’s top 10 albums include seven new debuts. “The Voice” judge Shelton landed at No. 3 with “Based on a True Story” with sales of 199,000, logging his best sales week in his career.

Pop group OneRepublic came in at No. 4 with its third studio album “Native,” while veteran country music singer Alan Jackson rounded out the top 5 with his gospel album “Precious Memories Volume II.” Reuters