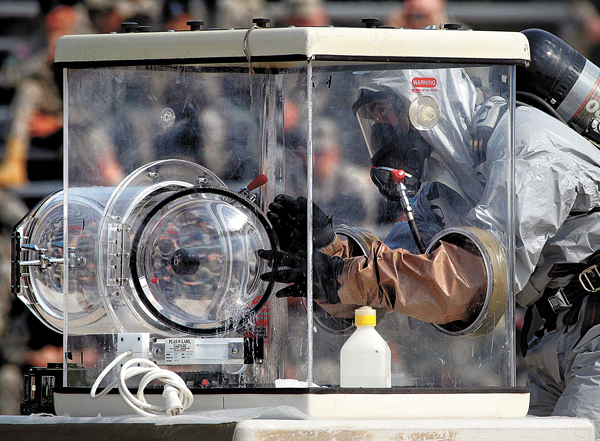 A soldier from the U.S. Army’s 23rd chemical battalion gives an equipment demonstration at a ceremony marking the battalion’s official return to the 2nd Infantry Division based at Camp Stanley in Uijeongbu, north of Seoul, yesterday. The battalion left Korea in 2004 but returned to the South in January to support the South Korean military and the U.S. troops. [REUTERS/NEWSIS]