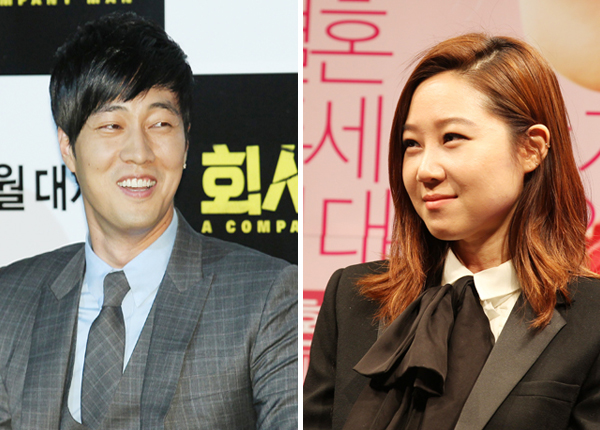 So Ji-sub and Gong Hyo-jin

So Ji-sub and Gong Hyo-jin may become an item in upcoming SBS drama “Sun of the Master,” according to local media reports yesterday.
The production agency of the drama was quoted as saying that it has offered a cast to the both. It added that the two actors have answered that they are positive about taking the offer.
As the two had never acted together in a piece, more attention has been put on the news if this will be the first.
The drama, which has not been scheduled for the exact air date, is a romantic comedy with some horror factors. It depicts a story between a girl that sees ghosts and a man trying to protect her.
The story is written by the widely known Hong Sisters, Hong Jung-eun and Hong Mi-ran, who have previously produced hit dramas “You’re Beautiful” (2009) and “The Greatest Love” (2011). In the later drama, Gong played a leading character.