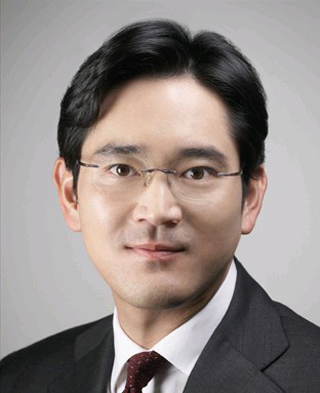 When asked upon arrival by reporters yesterday morning at Incheon International Airport about what he felt at the Boao Forum for Asia held in China, Samsung Vice Chairman Jay Y. Lee replied, “Responsibility.”

As heir apparent of the nation’s top conglomerate and only son of Chairman Lee Kun-hee, Jay Y. attended the Asian version of the Davos Forum as part of its 15-member board consisting of business leaders from around the world. He replaced SK Group Chairman Chey Tae-won as Korea’s representative. Chey is serving a prison term for embezzling company funds and breach of trust.

Lee met with Chinese President Xi Jinping twice during the three-day forum. The two last met in August 2010, when they discussed long-term cooperation in China, a crucial market for Samsung.

“I was so surprised to see that not only the Chinese president, but other government officials had so much knowledge of Samsung,” he said, “They even knew exactly where we were building our semiconductor factories, and there was a research center that had a task force team solely devoted to studying Samsung.”

Samsung is building a $7 billion mobile-chip plant in Xi Jinping’s hometown of Xi’an. Lee visited the site in February.

The annual nonprofit event, Boao Forum for Asia, caters to leaders of government, business and academia in Asia, and is mainly committed to economic integration and cooperation. High-profile guests this year included Bill Gates, George Soros and Christine Lagarde, managing director of the International Monetary Fund.

Lee’s father returned to Korea on Saturday from a three-month-long stay in Hawaii and Japan. The chairman has yet to resume commuting to Samsung’s Seocho headquarters in southern Seoul.