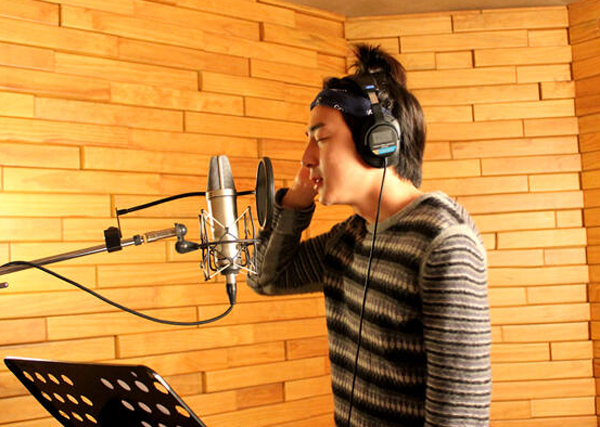 Roy Kim, winner of the audition program “Superstar K 4,” signaled his debut on Twitter on Sunday.

“This spring, Roy Kim will come visit you,” said the singer’s agency, CJ E&M, through Kim’s official Twitter account with a photo of him recording in a studio.

Kim’s fans welcomed the news, as barely any information about his upcoming album was announced, including the release date, album concept or the production team. More updates on his debut will come through his official Twitter account, according to the agency.

Meanwhile, Kim is scheduled to perform with pop singer Jason Mraz when he travels to Korea on May 17 at Jamsil Sports Stadium, southern Seoul.

Kim has often said Mraz is one of his favorite musicians, and he was delighted to accept the invitation to the concert as a special guest.

As the show, which put him on the map in the entertainment scene, is recruiting contestants for its fifth run, Kim pledged that he will work as a barista for one day if the number of applicants tops one million.