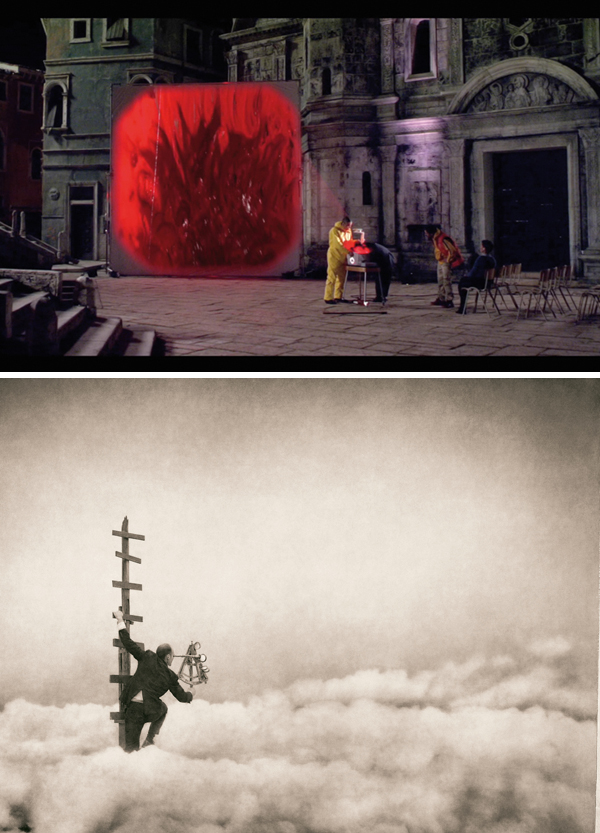 From top,An image from Antoine Prum’s short film “Mondo Veneziano, High Noon in the Sinking City”(2005) is part of “A More Perfect Day: Collection of Mudam Luxembourg” show going on at Artsonje Center in central Seoul,Robert & Shana ParkeHarrison’s photo engraving “The Navigator” (2001) is also among the pieces on display from Mudam Luxembourg.

When an exhibition featuring the collection of a foreign country’s art museum is held here, viewers would expect to see art unique to the country.

Then, how about the ongoing exhibition “A More Perfect Day” that features a contemporary collection from the Mudam, or Musee d’art moderne Grand-Duc Jean in Luxembourg? You will see the show is totally cosmopolitan. But, at the same time, you can say it is unique to Luxembourg. This is because the Grand Duchy is the most cosmopolitan country in Europe. According to a 2011 Eurostat report, 43 percent of Luxembourg’s population was of foreign nationality.

“Regardless of nationality, we have selected the artists who look differently at the world, but, at the same time, keep a poetic and humorous distance to the world, from which their creativity comes,” Enrico Lunghi, general director of Mudam, told reporters at Artsonje Center on Thursday. The show started on Saturday in the museum in the art zone east of Gyeongbok Palace in central Seoul.

The exhibition consists of about 30 works encompassing painting, photography, video and installations by 19 individual artists and two artist teams of various nationalities.

“Mudam Luxembourg and Artsonje have been focusing on presenting and supporting artists who have not previously been shown in each nation,” said Artsonje director Kim Sun-jung, who co-curated this exhibition with Lunghi and others.

Lunghi said that the title of the show “A More Perfect Day” was deliberately borrowed from that of the video by French artist Sylvie Blocher, which is part of the exhibition.

Blocher’s work shows a musician singing a song about American President Barack Obama representing diverse racial and cultural backgrounds based on his “A More Perfect Union” speech in 2008 that calls attention to the subject of coexisting in this world. 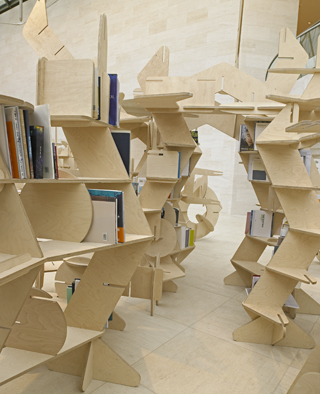 Among other important works, Lunghi picked Luxembourg artist Antoine Prum’s 33-minute film “Mondo Veneziano: High Noon in the Sinking City.” As a satire, the film features four stereotypical figures of the contemporary art world: an artist, a theorist, a painter and a curator. They have a conversation but, in fact, they just say famous quotes from influential texts on contemporary art. At night, they begin to kill each other.

“The film is in Quentin Tarantino style; it is very gory but very funny and humorous,” Lunghi said.