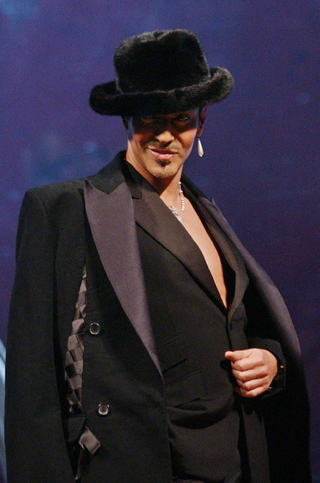 JERUSALEM - Israel’s national broadcast authority has banned the country’s contestant in the upcoming Eurovision song contest from wearing a dress made by John Galliano, citing an anti-Semitic rant by the celebrity designer two years ago.

There’s only one problem: Galliano says he never offered to make the dress.

Galliano’s publicist, Liz Rosenberg, said Monday that claims by singer Moran Mazor that Galliano had agreed to design her dress were false, and that there had not been any “official correspondence” between the singer’s stylist and Galliano. “That was reconfirmed to me moments ago by John himself,” she said in an e-mail.

The issue of Mazor’s dress has set off a minor uproar in Israel.

Mazor was quoted in Israeli media last week as saying she reached out to several designers to help her with her dress for the competition, and that Galliano accepted the offer. Her announcement prompted Yoav Ginai, an executive at the state-run Israel Broadcast Authority, which broadcasts the competition, to fire off a letter to the singer’s representatives saying that she would not be allowed to wear a dress designed by Galliano “under any circumstance.”

The letter referred to Galliano’s drunken tirade at a Paris cafe two years ago, caught on videotape, in which he hurled racist and anti-Semitic insults and slurred, “I love Hitler.” He was dismissed from Christian Dior, left his namesake label and was convicted by a French court on complaints of anti-Semitic behavior.

Galliano has since said he is an alcoholic. He has been in recovery for the past two years and expressed regret for causing pain to the Jewish community.

“I have no doubt that you, too, as an Israeli and a Jew, understand that such a ‘glorious resume,’ especially at a time of racism and anti-Semitism across Europe, denies this man any right to dress or work with a representative of Israel for the Eurovision, even if he has ‘apologized,’” Ginai wrote.

Ginai’s letter drew an angry response from Abraham Foxman, the national director of the Anti-Defamation League, a New York-based group that combats anti-Semitism. In an interview, Foxman said he has met with Galliano five or six times over the past two years and believes his apology is sincere. He said he has put Galliano in touch with Jewish scholars and community leaders and given him books to read.

“I believe that if we want people to change their minds and hearts, you’ve got to accept when they say they are sorry,” Foxman said. “I see a human being who wants to repair.” He said the Israeli refusal to accept his apologies appeared “arrogant and vengeful.” AP