Secret readies for comeback with EP

Secret readies for comeback with EP 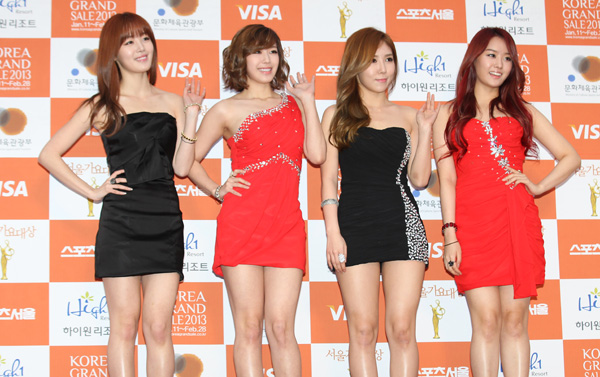 Girl group Secret is coming back with an EP later this month, according to TS Entertainment.

The main vocalist of the group, Song Ji-eun, also announced the comeback of the group on Twitter yesterday.

As the group only had one week to perform its previous song “Talk That” after a car accident on an icy road, four members have put much effort into showing their charm to their fans.

“We took enough time to show Secret’s own color,” the agency said.

The EP will contain five songs. The title song was created by songwriter and composer Kang Ji-won in collaboration with Kim Ki-beom. The duo also produced previous hit songs for the group, including “Magic,” “Madonna” and “Shy Boy.”

In addition, the group is scheduled to perform at the annual “Dream Concert” on May 11 at World Cup Stadium in northwestern Seoul.

Other big names like SHINee, Infinite, 2AM, Girls’ Generation, Beast and KARA will also appear.