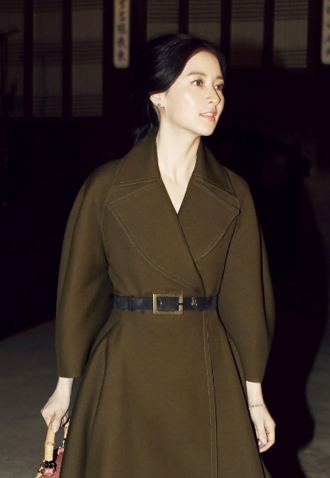 Actress Lee Young-ae, the star of the periodic drama “Dae Jang Geum,” will take a lead in promoting Korea’s cultural heritage after being chosen as an honorary ambassador for a Korea National Trust campaign named “My Love Cultural Heritage.”

“After I worked in periodic dramas, I have come to realize the beauty of Korea’s cultural heritage and how precious it is, once again,” Lee said in a release. “Also, after I became a mother, I felt the need to keep the heritage handed from our ancestors safe, so that the next generation can appreciate it to the fullest.”

This campaign invites the public to help preserve cultural artifacts. Anyone can take photos of a place that contains elements of Korean heritage and then post them online to request extra care for them. Photo takers should be shown in the photos and write down why the place is worth preserving on their online posts. The campaign will start June 1 and last until August 15.

“As this campaign is executed with public participation, I wanted to cooperate with them to maintain Korea’s beauty,” Lee said.