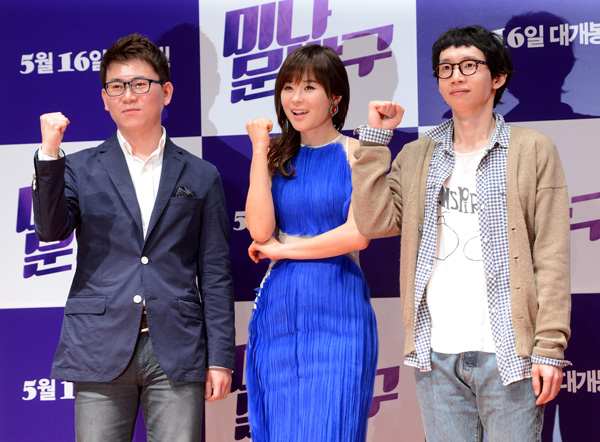 Prior to the release of film “Mina’s Stationery Shop” on May 16, Lotte Entertainment, the film distributor, held a press conference yesterday with the main actress Choi Kang-hee and Bong Tae-gyu who plays opposite her. Choi plays a character that has to give up her career as a civil servant and take over a stationery store owned by her father as his health deteriorated abruptly. 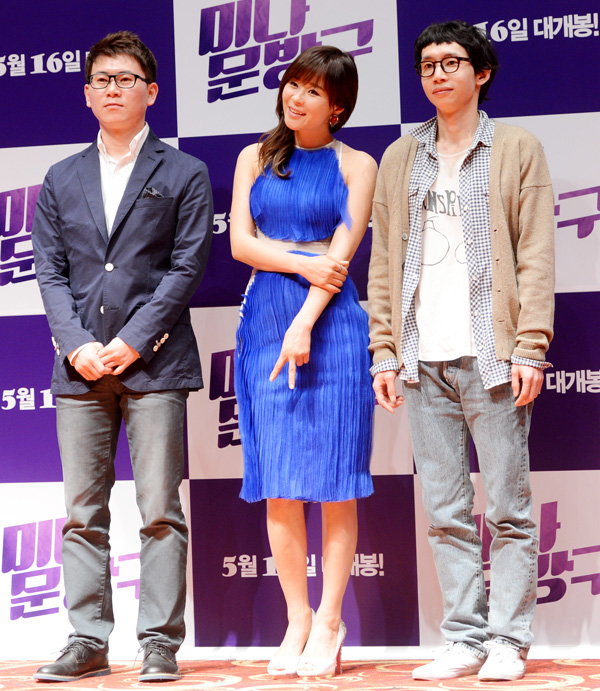