Girls’ Generation has most Japan fans

Girls’ Generation has most Japan fans 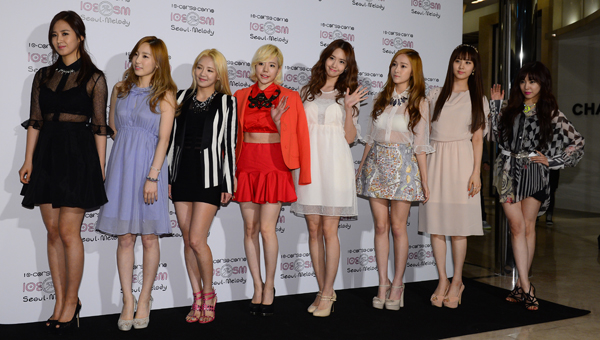 Girls’ Generation has become the Korean girl group to attract the most fans during concerts in Japan, according to its agency yesterday.

The girls had total of 20 concerts in seven cities in Japan until finishing in Osaka over the weekend.

They performed hit songs “Genie” from a Japanese EP, “Girls&Peace” and “Flower Power” from the group’s second regular Japanese album, and “I Got a Boy” and “Dancing Queen” from their fourth Korean regular album.

Girls’ Generation is now scheduled to release a new Japanese EP called “Love&Girls” on May 29.

Meanwhile, 2PM had its first concert in Tokyo Dome over the weekend, two years after making its debut in Japan.

For the two-day concert titled “Legend of 2PM” from Saturday, the group attracted 110,000 people.