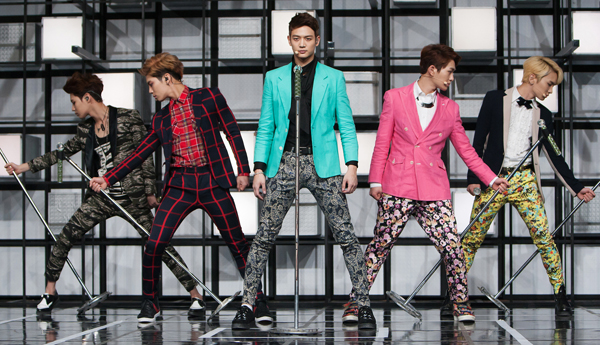 SHINee released some parts of its new song “Why So Serious?” yesterday and eight others included in the upcoming second partial release of its third regular album titled “Chapter 2 ‘Why So Serious?’ - The Misconceptions of Me.”

The release of the melody, followed by the release of the teaser video for the title track “Why So Serious?” on Monday, raises more questions about what type of performance the group is planning.

In the teaser video, the members performed in a manner reminiscent of zombies.

Choreographer Devin Jamieson, who has worked with Michael Jackson, Britney Spears and Hillary Duff as well as with Super Junior on its “Sexy, Free & Single,” contributed his talents to the moves for SHINee.

The songs in the album will be released online tomorrow, and the physical album will come out in stores on Monday.

Jonghyun won’t be participating in performances for the upcoming album as he had his nose fractured in a car accident earlier this month.