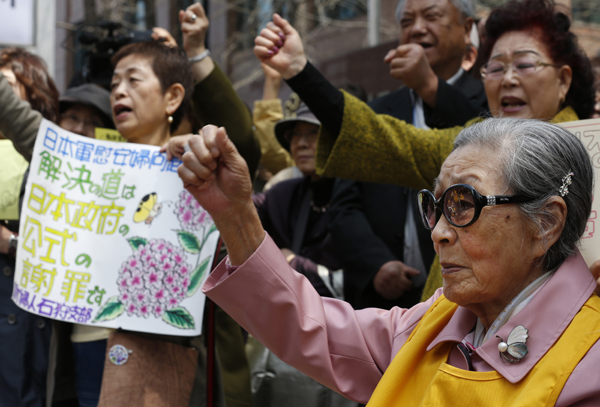 Korean women, who were forced to serve the Imperial Japanese Army as sexual slaves during World War II, shout slogans in a protest against Japanese Prime Minister Shinzo Abe’s denial of the Japanese invasion into Asia and the Japanese lawmakers’ visit to the Yasukuni Shrine, in front of the Japanese Embassy in Seoul yesterday. Japanese activists also attended the rally in support of the protest. [AP/NEWSIS]