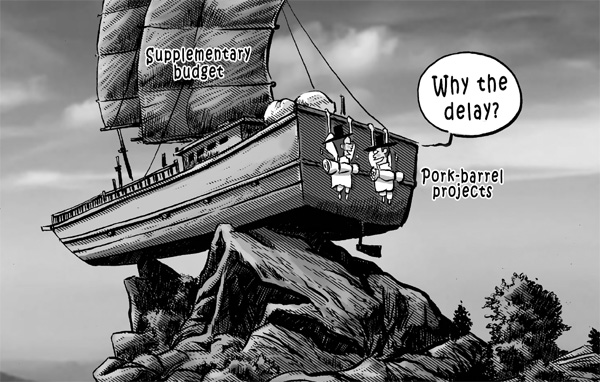 The proposed supplementary budget has hit a snag as the opposition Democratic United Party blocked it this time, citing a need for further deliberation on how to prop up fiscal health. Lawmakers from both sides of the aisle added pork-barrel projects to the supplementary budget for their constituencies despite the budget deficit.