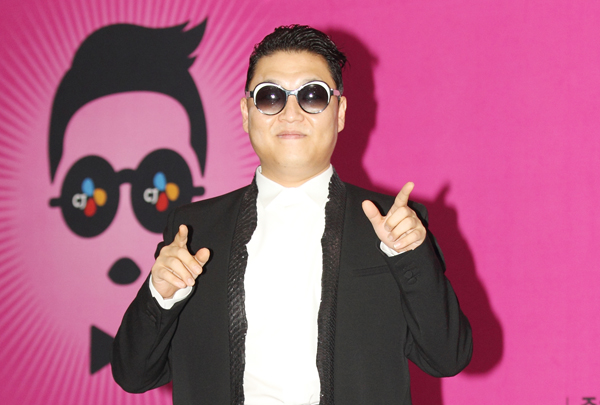 A brake may have been pushed on a rally of Psy’s “Gentleman” as the song’s ranking on the Billboard Hot 100 chart dropped five places to No. 26 yesterday.

Psy predicted such a drop earlier, as he was leaving for New York last month.

“As ranks on iTunes dropped, I think the rank on Billboard will also go down,” said Psy at the airport. “However, through local promotions, through TV, radio and other media outlets, I think the song will create another [rising] trajectory within two or three weeks.”

Meanwhile, local terrestrial channel KBS confirmed its previous decision not to air Psy’s music video. It said it might reconsider if Psy alters the problematic scene in which he vandalizes public property.