Tiffany to cheer on Ryu Hyun-jin in LA

Tiffany to cheer on Ryu Hyun-jin in LA 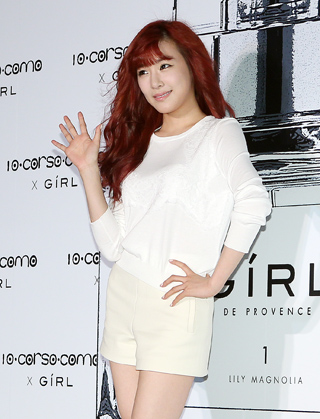 More Korean celebrities are visiting Los Angeles to cheer on pitcher Ryu Hyun-jin, who started his first season in the Major League with the LA Dodgers.

Ryu will be opposite Tiffany to catch the ball that she throws.

The team asked the girl group to throw the first pitch at a game, and Tiffany is doing as a representative of the group, according to SM Entertainment.

Ryu is said to be a fan of Girls’ Generation.

The baseball team is also planning to invite another Korean celebrity to open a game against Cincinnati scheduled for late July, according to local media reports on the issue.

Psy, who previously visited the stadium, did not pitch, but instead made a surprise appearance during the fourth inning in the audience and danced to his music playing in the stadium.