Hard-to-peg portraitist comes back into spotlight

Hard-to-peg portraitist comes back into spotlight 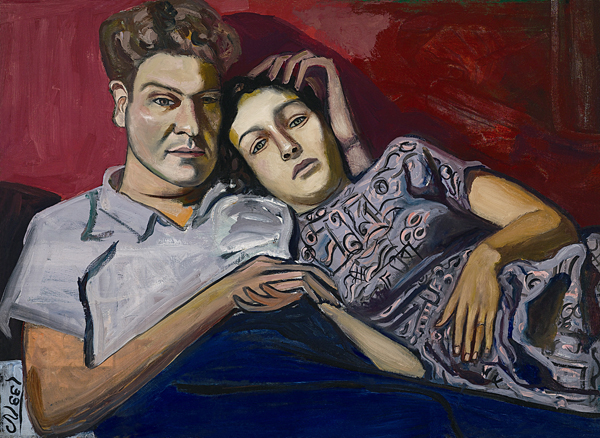 “Jim Radowski”(1970), far left, “Sue Seely and Her husband”(1948), left, and “Mrs. Paul Gardner and Sam”(1967), below, are part of a solo show of American painter Alice Neel, going on at Gallery Hyundai in central Seoul. It is the first solo exhibition in Asia of the artist, who was not recognized during her lifetime but has received renewed international attention in recent years. Courtesy Estate of Alice Neel

A solo show of an American “psychological portraitist,” who was not recognized during her lifetime but has come into the international limelight in recent years, is going on in Seoul for the first time.

The exhibition, “People and Places: Paintings by Alice Neel,” at Gallery Hyundai in the art zone east of Gyeongbok Palace, central Seoul, consists of 15 paintings by Neel (1900-1984). 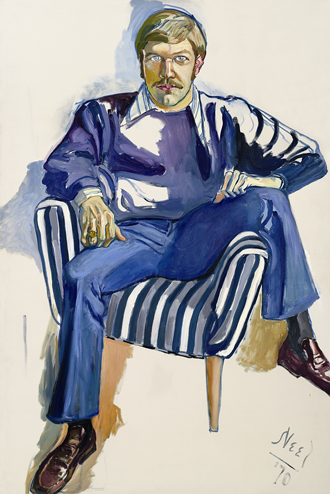 “She was nearly ignored by the major American institutions and their European counterparts during her own lifetime, because she was a woman artist and did not follow or participate in certain art movements,” said Jeremy Lewison, a curator and art historian who has been advising Neel’s estate since 2003. He visited Seoul for the exhibition’s opening last week.

Actually, Neel’s portrait paintings are not easily categorized. They have qualities of realism but, at the same time, those of expressionism.

Viewers of “Sue Seely and Her husband” (1948) can read the couple’s subtle sorrow even if they don’t know the family’s private history. And viewers of “Jim Radowski”(1970) can guess not only the subject’s characteristics but also the mood of the 1970s. Regarding it, Neel was quoted by Gallery Hyundai as saying, “I like it not only to look like the person but to have their inner character as well. And then I like it to express the zeitgeist. See, I don’t like something from the ’60s to look like something in the ’70s.”

According to the gallery, Neel also said, “Like Chekhov, I am a collector of souls .?.?. if I hadn’t been an artist, I could have been a psychiatrist.” 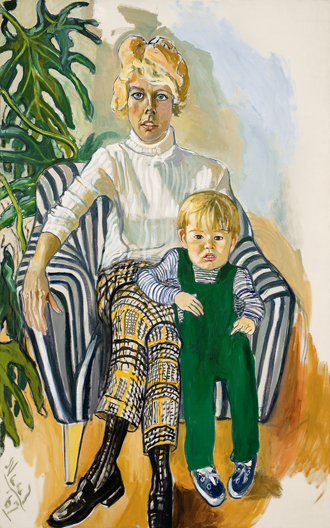 “Neel penetrated models psychologically,” Lewison said. “Now, many young artists are being influenced and inspired by her paintings. That’s one of the reasons that she has come into limelight in the recent years.

“In addition, a different way of talking about art history - the way not focusing on linear progress of art movements has made it possible for her to attract renewed attention.”

There were several important exhibitions of Neel in major museums and galleries, including those at the Museum of Fine Arts, Houston and the Whitechapel Gallery in London.