Ferguson steps down as manager of Man-U

Ferguson steps down as manager of Man-U 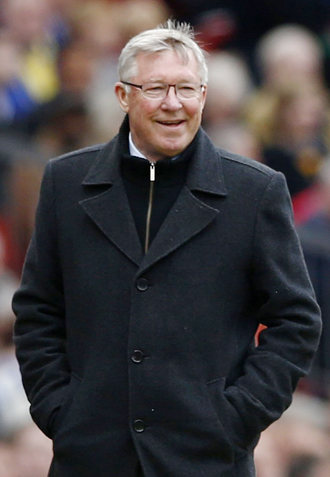 LONDON - Manchester United manager Alex Ferguson will retire at the end of the season after more than 26 years in charge, bringing to a close the most glittering managerial career in British football.

The Premier League champions confirmed on Wednesday that Ferguson, 71, would step aside following United’s home game against West Bromwich Albion on May 19.

“The decision to retire is one that I have thought a great deal about and one that I have not taken lightly. It is the right time,” Ferguson, who was in charge of 1,498 matches for the club, said on United’s Web site, www.manutd.com.

United said Ferguson, who took over from Ron Atkinson in 1986 and has won 13 league titles, five FA Cups and two Champions Leagues, would remain at the club as a director.

“It was important to me to leave an organization in the strongest possible shape, and I believe I have done so,” added the Glasgow-born Ferguson, who was going to retire after the 2001-2 season but changed his mind.

“The quality of this league-winning squad, and the balance of ages within it, bodes well for continued success at the highest level whilst the structure of the youth set-up will ensure that the long-term future of the club remains bright.

“Our training facilities are amongst the finest in global sport, and our home, Old Trafford, is rightfully regarded as one of the leading venues in the world. Going forward, I am delighted to take on the roles of both director and ambassador for the club. With these activities, along with my many other interests, I am looking forward to the future.”

When Ferguson began his Old Trafford reign, the club was languishing in the shadow of its northwest rival Liverpool, but after a slow start he won his first English title in 1992-93 and turned the club into the dominant force in England. He also launched the careers of David Beckham, Ryan Giggs and Paul Scholes, as well as attracting players of the caliber of Eric Cantona, Cristiano Ronaldo and Wayne Rooney to Old Trafford.

“As for my players and staff, past and present, I would like to thank them all for a staggering level of professional conduct and dedication that has helped to deliver so many memorable triumphs,” Ferguson said. “Without their contribution the history of this great club would not be as rich.”

Ferguson, Britain’s longest-serving manager, oversaw the club as it moved into American ownership under the Glazer family in 2005 - an unpopular move among the fans. United listed on the New York Stock Exchange last month and must abide by regulations governing the release of information regarding the running of the club.