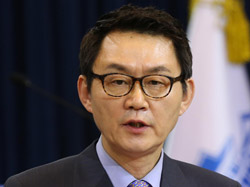 President Park Geun-hye fired spokesman Yoon Chang-jung in the middle of her trip to the United States after he was accused of sexually assaulting an intern from the Korean Embassy.

The scandal marred an otherwise highly successful premier trip abroad by Korea’s first woman president, who vowed to crack down on sex crimes during her presidential campaign.

Yoon cut his trip short and flew quickly back to Korea from Washington, apparently before he could be arrested by Washington, D.C. police.

Lee Nam-ki, presidential secretary for public relations, held a media briefing Thursday and announced Park’s decision to sack her spokesman. Yoon had disappeared Wednesday, a day after the President’s summit with U.S. President Barack Obama and the day she spoke before a joint session of the U.S. Congress.

“President Park decided Thursday to replace her spokesman Yoon for engaging in an unsavory act and disgracing the country over his personal involvement in an inappropriate incident while accompanying her on the presidential trip to the United States,” Lee said Thursday. “We are trying to get an accurate account from the Korean Embassy in the United States and will announce the details in a transparent fashion as soon as they are confirmed.”

Lee did not describe Yoon’s “unsavory act” but an allegation of a sexual assault quickly spread on a popular Internet site of Korean residents living in the United States. The posting said the alleged victim was a 21-year-old Korean-American female intern at the Korean Embassy.

The alleged victim was an intern recruited by the embassy to assist the presidential delegation and the press during Park’s stay in Washington, according to the Korean Embassy, and she was assigned to assist Yoon in particular.

After wrapping up her three-day stay in the U.S. capital, Park, her entourage and the presidential press corps moved to Los Angeles, the final leg of her trip, on Wednesday afternoon, hours after she gave her speech before Congress. Yoon was conspicuously missing from the presidential plane and speculations grew about his whereabouts.

According to the embassy, an incident took place in the bar of the Willard Hotel near the White House Tuesday night and the intern was then invited to Yoon’s room at the Fairfax Hotel, where he allegedly assaulted her. The intern left the hotel and made a complaint to the Washington police. 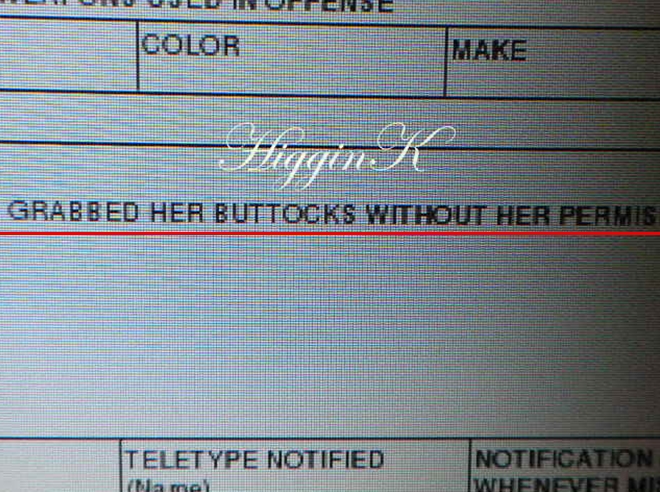