Another unfriendly result for Perry

Another unfriendly result for Perry 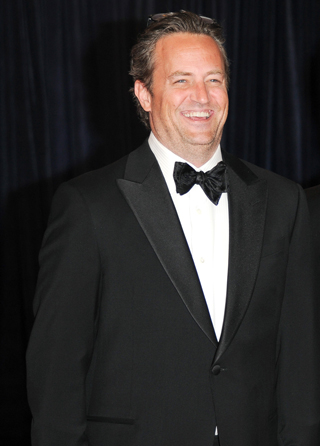 NBC also said it would not be bringing back its weekly news magazine show “Rock Center” in the 2013-14 fall schedule, along with five other low-rated comedies.

The comedy “Go On,” in which Perry played a sports radio host who joins a grief counseling group after the death of his wife, was one of a slew of low-rated NBC television shows that will not be renewed, the network said.

Perry, 43, has struggled to follow up his success as the hapless Chandler Bing in NBC’s “Friends,” which ended in 2004.

“Go On” received favorable reviews and attracted an audience of more than 16 million when it made its debut in August. But audiences dropped off and the season finale in April was watched by less than 3 million people.

“Go On” followed the dark and short-lived 2011 series “Mr. Sunshine,” which Perry starred in as well as co-created, and the 2006-07 “Studio 60 on the Sunset Strip” that was canceled after one season.

Perry’s “Friends” co-star Jennifer Aniston has launched a second career as a romantic comedy movie actress, while Lisa Kudrow and Courteney Cox have made several movies and TV shows, David Schwimmer has appeared on stage and tried his hand at directing, and Matt LeBlanc won a Golden Globe in 2012 for playing a version of his skirt-chasing “Friends” bachelor character Joey Tribbiani in the Showtime and BBC comedy “Episodes.”