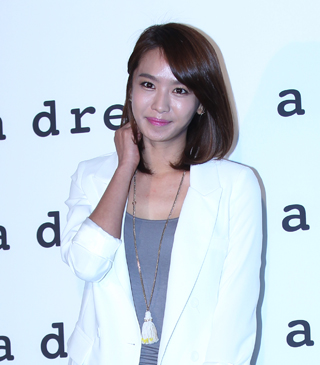 Singer and actress Park Jung-ah has undergone surgery for thyroid cancer, according to her agency WM Company on Friday.

She spotted the cancer during a checkup after shooting the KBS drama “My Daughter Seoyoung.”

As the tumor was found early, the agency said the surgery went well, and Park is recovering.

Meanwhile, Park changed her agency to expand her presence in the acting arena.

She moved to WM Company this month. She left Star Empire 14 years after she was a trainee for the girl group Jewelry in 2001.

Her former agency also congratulated her on her new start.

“Park, who spent 14 years [here], is like a daughter to us and she is taking a big step,” said Star Empire, according to media reports. “We will continue support Park and cheer for her.”

She is signed to make an appearance in two Chinese dramas and will start filming for those after she recovers.