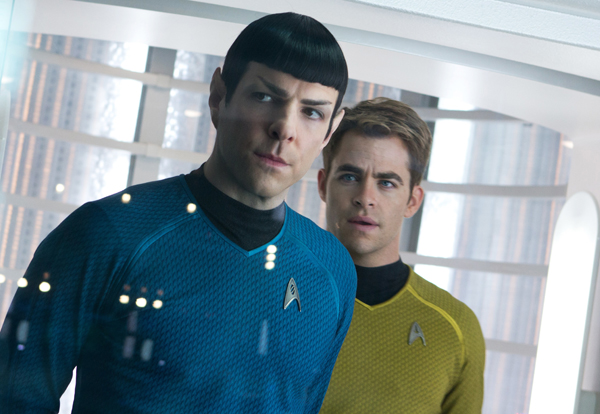 LOS ANGELES - “Star Trek: Into Darkness’’ has warped its way to a $70.6 million domestic launch from Friday to Sunday, though it’s not setting any light-speed records with a debut that’s lower than the studio’s expectations.

The latest voyage of the starship Enterprise fell short of its predecessor, 2009’s “Star Trek,” which opened with $75.2 million.

Since premiering Wednesday in huge-screen IMAX theaters and expanding Thursday to general cinemas, “Into Darkness’’ has pulled in $84.1 million, well below distributor Paramount’s initial forecast of $100 million. The film added $40 million overseas, pushing its total to $80.5 million since it began rolling out internationally a week earlier.

In today’s Hollywood of bigger, better sequels, follow-up films often outdo the box office of their predecessors, as each “Iron Man” sequel has done. While “Into Darkness” earned good reviews and is getting strong word-of-mouth from fans, the film did not quite measure up to the opening weekend of director J.J. Abrams’ “Star Trek’’ reboot from four years ago, at least domestically.

“?‘Star Trek’ remains a fan-boy movie. It doesn’t seem to have the same kind of cross-over appeal as say an ‘Iron Man’ or some of these others,’’ said Paul Dergarabedian, an analyst for box-office tracker Hollywood.com.