H.O.T heartthrob finds his place as judge and mentor

H.O.T heartthrob finds his place as judge and mentor 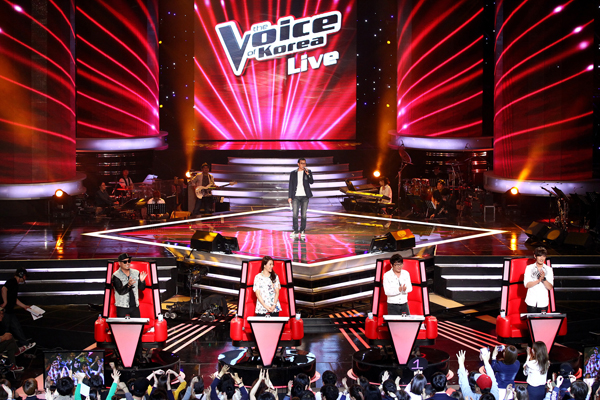 The four judges of “The Voice of Korea” also act as coaches for contestants on the popular reality television program. Provided by M-net

As singing-audition shows continue to flood the market, it is not just the viewers who’ve had to adjust their tastes. The method of unearthing new talent is changing too, and along with it, the role of renowned singers.

In the wake of such changes in show business, former idol singer Kangta found a chair that suits him just fine on “The Voice of Korea.”

Ahead of two final episodes of Season 2, the former H.O.T member talked about his role as one of four coaches alongside singers Shin Seung-hoon, Baek Ji-young and Gil.

“It’s great to see there are so many ways that a singer can enter into the industry now, and it shows that K-pop is evolving and becoming more professional, and audition shows obviously play a big part in that,” said the Hallyu singer.

“Our contestants are musicians who’ve been doing music for a long time before the show,” explained the 33-year-old, who emphasized that apart from having a lineup of professional musicians, the show’s other appeal was trading in the role of judges for coaches.

“Of course the coaches do select their recruits, but in some ways they are being scrutinized too, in their role as mentors.

“There is greater emphasis on the relationships and communication process between coaches and their contestants as they work together to put on a great show,” Kangta said.

And as a product of an entertainment agency himself, the star said there was still something that only an agency can fulfill in the life of a young, aspiring singer.

“But when a singer is young and needs long-term training, then I think it’s better for them to go to an agency. There, they’ll be able to receive the professional help and training,” he said.

But pros and cons aside, Kangta emphasized that the singer must have personal goals.

“I think what’s most important is deciding as a singer what kind of music you want to pursue,” he said.

But he admits that if he were a young performer today, he would have been tempted to try out for one of the shows.

“I probably would have, but because I wanted to be a singer from a young age [he debuted at 16], I think an agency was the right choice for me,” he said.

And because he’s been such a successful coach and he’s still a big deal in China, many have wondered if he’d take part in audition shows there.

“There were proposals, but my Chinese is not at a level where I can dispense insightful tips to aspiring singers. Also because I’m committed to this show I didn’t think I’d have time to go abroad,” he explained.

Having invested so much into “The Voice of Korea,” Kangta admits that there are times when emotions get the best of him. 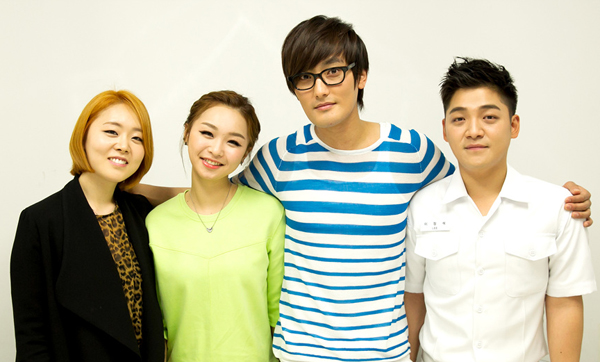 Kangta, second from right, stands with the final three members of his team from “The Voice of Korea.”

At a taping early in the month, Kangta was caught on TV crying while saying goodbye to two contestants, making him one of the most-searched keywords coupled with the words “tears” on that day.

“I never imagined that I’d cry like that on TV. When I was in H.O.T I cried a lot, but after that, I didn’t really. But the other night, I couldn’t help it,” he said.

And he admits that saying goodbye doesn’t get any easier with time.

“Eliminating a team member is heartbreaking. As a coach, you know how hard they worked and also the fact that they’ve come so far to drop them,” said Kangta adding that as the finals come around, it makes him feel uneasy.

“But I guess in the end, the best singer will win.”

And because there can only be one winner, Kangta admits that the future of those who are eliminated is something he is mindful of.

“I think it’s my job, as a judge, to look after those who don’t make it too.

“I hope to provide them with lucrative opportunities, especially the top three. They won’t be unemployed if I can help it,” he said.

For the time they’ve had together so far, Kangta’s remaining trainees Lee Ye-joon and Shin Yoon-mi say they are grateful.

“We ate a lot of delicious food,” said Lee Ye-joon, adding that of the four teams, she was sure that they spent the most time together with their coach. That’s not exactly a tiring feat for the two who admit that they’ve spent their childhood obsessing over H.O.T and listening to their songs on loop.

And when it’s all over, despite the outcome, they are hoping to follow in the stead of contestants from last season.

“I keep in contact with contestants from the previous show. When they get approached with contracts, they’ll contact me. I can’t say that I’ve been a huge help, but you know I’ve been in this industry for a long time and I may know something about the agency that will help them make their decision,” Kangta said.

And because last time was his first, Kangta said that the recruits in season two probably got a better deal.

“This season, because I have a little more experience in coaching, I think the team got more out of the experience,” he said.

“I can’t really predict who will make it,” Kangta said, referring to the two girls still standing, but until the end, he said he’d focus on boosting their morale regardless of the outcome.

The semifinal will air Friday and only one girl will go on to perform in the final show on May 31.