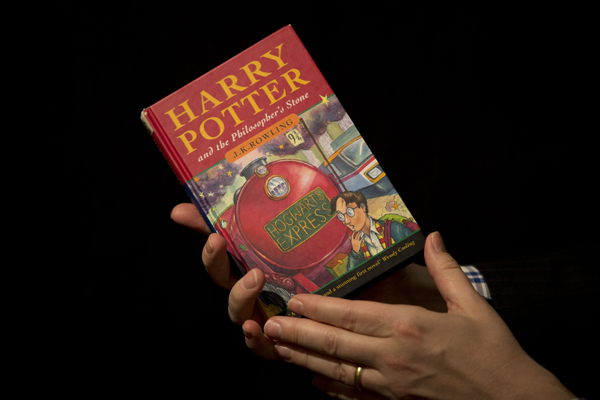 A unique first edition of “Harry Potter and the Philosopher’s Stone” annotated by author J.K. Rowling has sold for a record ￡150,000 pounds ($227,000) at a London charity auction, Sotheby’s said on Tuesday.

The 1997 book, featuring handwritten notes, 22 original illustrations and a 43-page “second thoughts” commentary by the author, fetched the highest price to date for a printed book by Rowling, Sotheby’s said in a statement. The auction house said the sale room fell silent on Tuesday as buyers engaged in a bidding war for the coveted book, which eventually went to a unidentified buyer bidding over the telephone.

Other top sellers included Roald Dahl’s “Matilda” with new illustrations by Quentin Blake for 30,000 pounds, Kazuo Ishiguro’s “The Remains of the Day” for 18,000 pounds and Julian Barnes’ “Metroland” for 14,000.