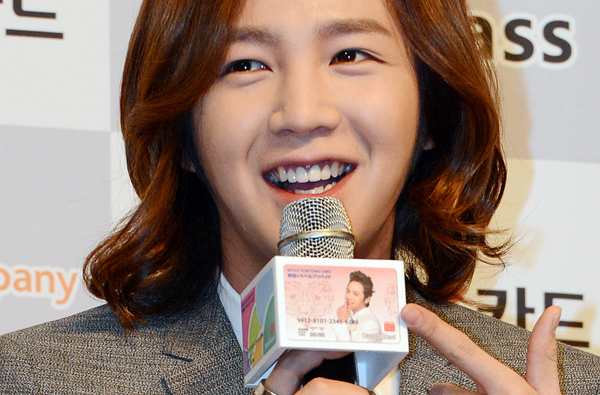 According to his agency, Tree J Company, a project group consisting of Jang and Big Brother, dubbed Team H, held a concert on the sidelines of the 2013 Super Taikyu in Korea auto race at the Inje Auto Theme Park, yesterday.

About 1,000 fans from Japan and Southeast Asia visited the racetrack, the agency said, to see the 25-year-old actor and singer, who also showed off his driving skills with his own sports car, a white Porsche 911.

Jang, one of the most active Hallyu stars in Japan, finished his Japan Tour on Friday. The tour attracted some 67,000 fans with sold-out concerts in five Japanese cities, the agency said.

The 25-year-old singer-actor is scheduled to host a live radio program in Japan, “All Night Nippon Gold,” on the Nippon Broadcasting System, on Thursday, where he will talk about his new album, “Nature Boy.”

The new album, his second, will be released on Wednesday.