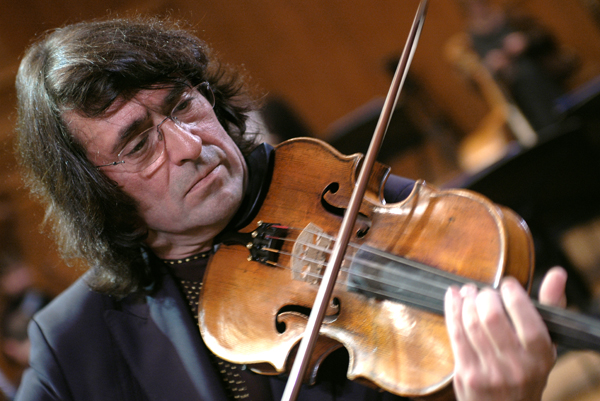 Virtuoso violist Yuri Bashmet is celebrating his 60th birthday on one of his favorite places - the stage. The charismatic violist and conductor kicked off his birthday party by holding a concert at the Sydney Opera House on May 18 and will hold a concert in Seoul tomorrow at the Seoul Arts Center. His tour will end with a concert in Kobe, Japan.

Together with the Moscow Soloists, Bashmet will perform a selection of classical favorites, including Bach’s “Keyboard Concerto BWV 1052,” Schubert’s “Arpeggione Sonata in A minor,” as well as Tchaikovsky’s beloved “Serenade for Strings.”

Concerning the program for the Seoul concert, Bashmet said that he’s selected his favorite pieces.

“Moreover, Korean violists have been strutting their stuff on international stages and taking home renowned awards. So it’ll be a great opportunity for young Korean violists and the audience to listen to masterpieces that are arranged for viola.”

In January, the 17-year-old Korean violist Lee Hwa-yoon won the Grand Prix as the youngest participant in the 7th International Yuri Bashmet Viola Competition in Moscow. ?

“Korean violists are able to present performances of excellent quality. They are talented in understanding different styles of music and are equipped with all skills and qualifications that an outstanding violist should have.”

?Korean pianist Son Yeol-eum will also perform with Bashmet and the Moscow Soloists, an ensemble that Bashmet founded in 1992.