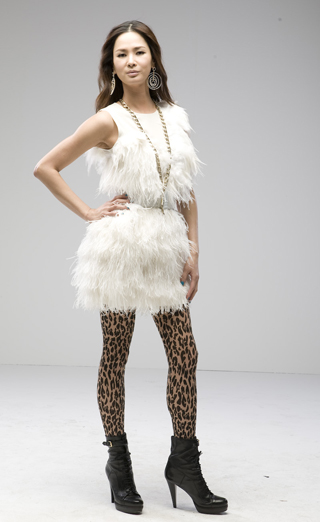 Supermodel Lee So-ra has a boyfriend who is younger than she is, Lee said during SBS talk show “Healing Camp” yesterday.

Hosts at the show asked her if she’s dating, and she gave such an answer after saying that she will be frank about the issue.

When asked if she was dating anyone older or younger, she said, “I’m as lucky as Han Hye-jin.” Han is one of the three hosts on the show and recently revealed her relationship with footballer Ki Sung-yueng, who is eight years younger. Although the hosts tried to ask more questions about the mysterious boyfriend, she stopped them and said, “Just let us love each other.”

On the program, she also shared her own know-how about staying fit. She is one of the first celebrities to have garnered success releasing fitness videos.

She gave advice to host Lee Kyung-kyu, saying he should walk a lot as he was worrying about having a beer belly. “As students with good grades use spare time to study, one needs to stretch or exercise [to stay fit],” she said.