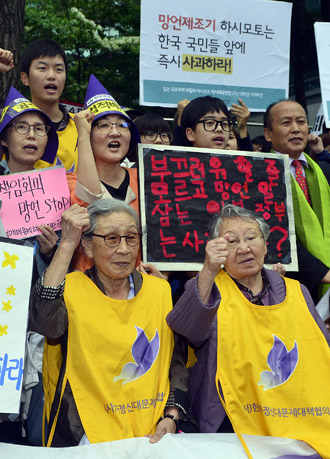 Women who were forced to serve as sex slaves for the imperial Japanese military during World War II staged a rally yesterday in front of the Japanese Embassy in Seoul to urge the Japanese government to make an official apology and take legal responsibility for the issue. The women have staged a rally every Wednesday since January 1992. [NEWSIS]