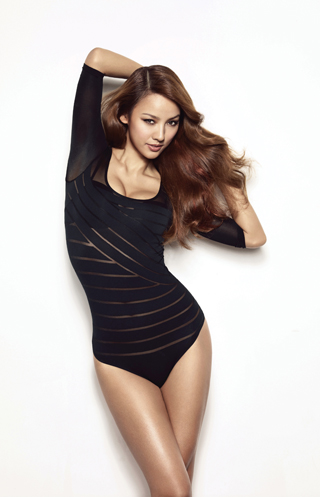 When one of the four hosts, Gyuhyun of Super Junior, asked her what she thinks about Sang-soon, she answered that she wants him to be the last man in her life.

“He may not be the type that looks very attractive at first sight, but he grows more charming [as you get to know him,]” Lee said.

However, Lee also revealed that she has received some complaints from fans about her relationship as well. One fan expressed anger online when Lee traveled with her boyfriend to Jeju Island but did not perform there.

“The fan asked me when I was going to record new songs,” and also asked “Are you in Jeju?” in unfriendly language via a social networking service, according to Lee.

Lee also said that she likes men who are willing to put their credit cards in her wallet and mentioned a fetish for sexy spines. By Lee Sun-min