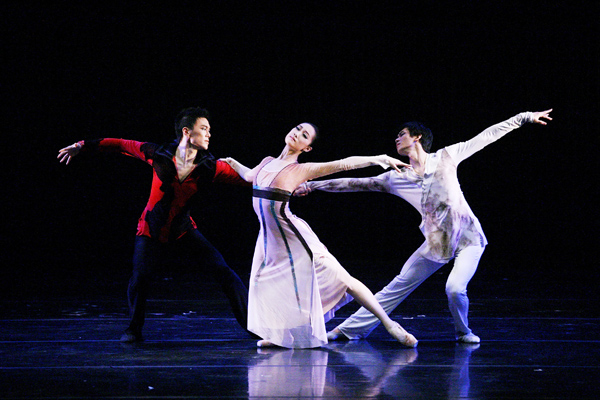 Unlike in Russia, ballet hasn’t yet settled down as a popular genre of the performing arts. Female audiences at least seem to love skinny ballerinas in beautiful tutus, but men find it difficult to watch their comrades jumping up and down in stockings.

In an attempt to popularize ballet in Korea, large and small ballet troupes and dance companies have been holding performances with directors’ commentaries so that more people can enjoy ballet. The Korea National Ballet has taken the lead in holding ballet performances accompanied with commentaries to “lower the barrier for the public to enjoy this classical dance.”

Noticing a slight change in the public’s attitude toward ballet, some ballet companies and dance troupes joined hands and established the annual Ballet Festival Korea in 2011, which has been making efforts to “break the public conception that ballet is an expensive culture and to be a little more closer to the public,” according to its organizing committee.

Marking its third year, the festival, co-organized by the Seoul Arts Center, kicked off Saturday at the arts center’s various venues in southern Seoul and is scheduled to provide numerous performances for free.

For example, the Lee Won Guk Ballet Company, founded by Lee Won-guk, former principal dancer of the Korea National Ballet, will stage a free performance with commentaries by Lee at 6 p.m. at the Shinsegae Square Outdoor Stage within the arts center. The company will also perform “Mahler’s Symphony No. 5,” which is set to Mahler’s fifth symphony, which recounts the love story of the Austrian composer and his wife, Alma. 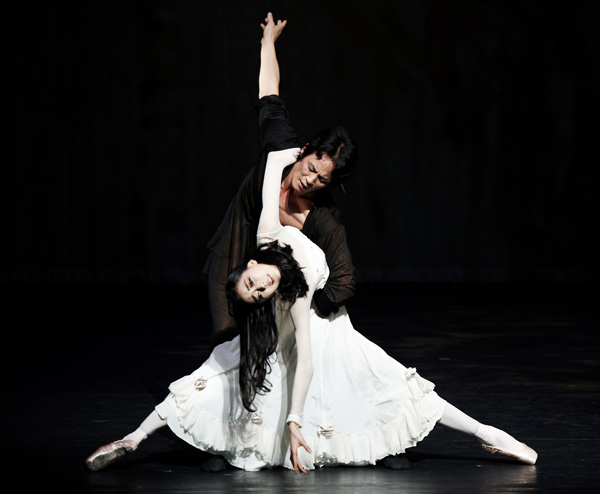 The Lee Won Guk Ballet Company will stage “Mahler’s Symphony No. 5” at 8 p.m. on June 24 at the CJ Towol Theater.

Unlike most ballets, the male ballerinos are able to shine in this ballet performance. In this work, which tells a story about the hellish pain suffered by Tchaikovsky, male dancers do more than spot the ballerinas and do occasional jumps. Externally, this ballet is about Tchaikovsky’s life. It starts with him facing his death but recollecting his past. In order to conceal his homosexuality, he married a woman whom he did not love. Eventually, the marriage fails and his relationship with his patron is at risk as well.

According to the Korea National Ballet, “What this ballet truly is about is the internal world of Tchaikovsky, the pain of composing music and his life oscillating between the reality and delusion.” There are four performances over three days starting from 7:30 p.m. performance on Friday.

The Universal Ballet will end the festival with its popular repertoire, “Onegin.” This ballet, which is choreographed by South African John Cranko, based on a novel by Alexander Pushkin, is in three acts and is considered one of the finest dramatic ballets produced in the 20th century. The ballet premiered in 1965 at the Stuttgart Ballet.

“The drama in the production demands much of its dancers, in addition to polished technique and intricate partnering, the poignancy and heartbreak in the love scenes require well-honed acting ability,” said Julia Moon, general director of the Universal Ballet, adding that this is why it’ll be a great piece to let down the curtain for this year’s festival.

The Ballet Festival Korea will also show classic repertoires loved by the public for a long time and creative ballet dancing choreographed by 15 companies, from a national organization to a choreographer including Shin Hyeon-Ji B Project,

“La Chunhyang,” by Kim Geung Soo Ballet Theater, a contemporary ballet troupe is also one of the anticipated performances during the festival. Chunhyang is the heroine of one of the country’s best-known traditional love stories. Based on the heroine, “La Chunhyang” was one of the works that represented Korea during cultural festivities held on the sidelines of the 2012 London Olympic Games. The performance is set to be staged from June 12 to 13 at the Jayu Theater.