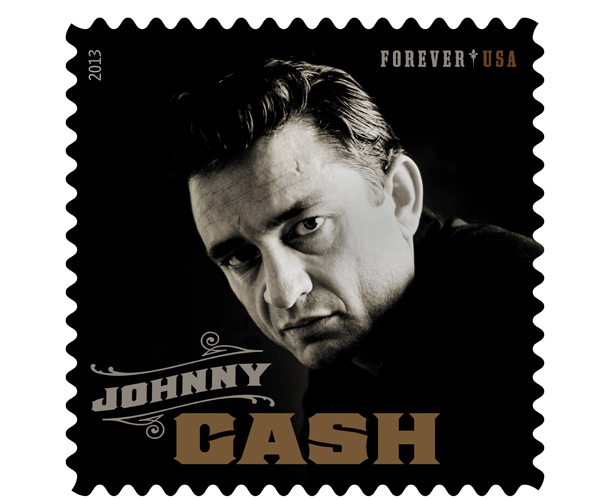 NASHVILLE, Tennessee - A yearlong celebration of Johnny Cash’s legacy will come to an end this week with the issue of a new U.S. postal stamp and free public concert.

The stamp is based around a promotional shot for the 1963 album, “Ring of Fire: The Best of Johnny Cash.” To Cash, it looks like a 45 or 78 RPM record cover and is unlike the usual offerings.

“It just truly embodies my father’s spirit, who he was,” Cash said. “It’s different. That’s one thing: It stands out to me as being unique. It’s very commanding when you see the stamp.”

The limited-edition stamp, part of the U.S. Postal Service’s Music Icon Series, will be on sale at the concert and at the Country Music Association Festival later this week.

A decade after his 2003 death, Cash remains a popular figure with million-dollar sales. A celebration of what would have been his 80th year started last spring and efforts to preserve his legacy continue in Nashville and his birthplace in Arkansas. Cash said he still hears stories of the effect his father had on the lives of his fans.

“He had sort of a magic and a charisma about him,’” Cash said. “If he walked into the room and your back was turned, you felt the change. He had that strength about him. That legacy that he began still lives on in many ways. It’s still alive in the hearts of fans.” AP