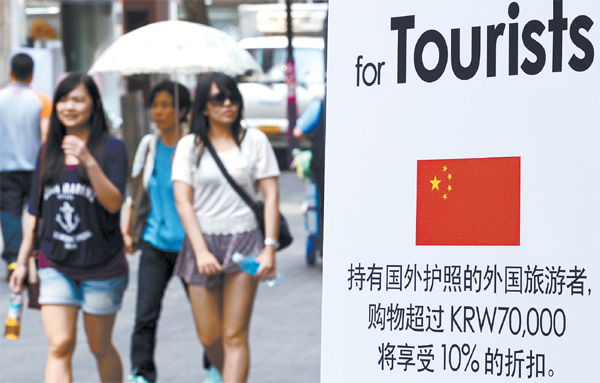 A sign in Chinese greets customers on the streets of Myeong-dong, central Seoul, yesterday. Fewer Japanese, who once thronged the commercial neighborhood, are seen these days because of the depreciating yen.

An estimated 713,000 Japanese visited Korea in the first three months of the year, a 25 percent drop compared to the last quarter of 2012.

On the other hand, the number of Chinese tourists has been growing: 720,000 or so visited Korea from January through March. [NEWSIS]