Comedian hit and killed by car

Comedian hit and killed by car 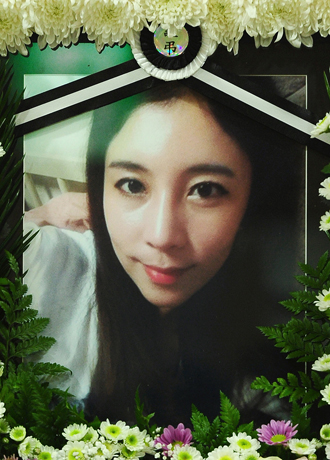 Fellow comedians have joined together in mourning the death of Ham Hyo-joo, who was hit and killed by a car early Saturday morning. She was 29.

Ham was on her way home from an after-work party near Singil-dong in Yeongdeungpo District, western Seoul, at about 3 a.m. when she was hit. She was reportedly jaywalking.

“I would like to express my sadness about the death of Ham Hyo-joo, who always worked to make people laugh,” comedian Park Hwi-soon tweeted Saturday.

“Ham Hyo-joo was so young. Her family must be heartbroken,” comedian Ahn Sun-young tweeted.

Ham debuted as a comedian in 2005 after graduating with an acting degree from Seoul Institute of the Arts. Apart from her career as a comedian, Ham also taught acting to K-pop stars such as Lee Joo-yeon of After School.

“I was so shocked to hear the news. Please pray for the peaceful repose of Ham Hyo-joo, who was my acting tutor,” Lee tweeted.