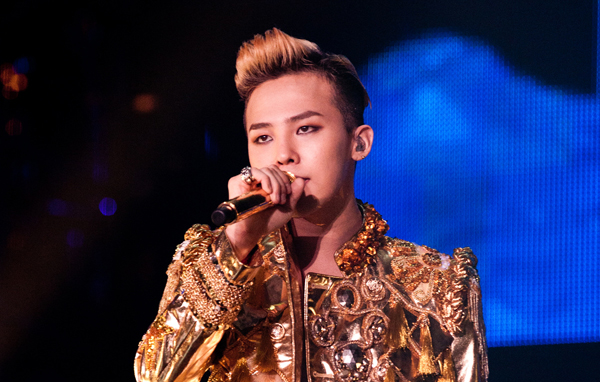 The Bangkok concerts were part of his world tour, “One of a Kind,” which started in March.

He made a grandiose opening by driving a car onto the stage while singing, “Michi Go.” He then continued performing his hit songs, including “Heart Breaker” and “One of a Kind” to excite the fans. He sang about 20 songs.

As he has been inviting members of his group as guests to his solo concert, he asked Seungri to join him on stage. Seungri sung his solo song, “Strong Baby” and “So What Do You Want Me to Do” and also gave a joint performance of “Bad Boy” with G-Dragon.

In this world tour, G-Dragon will travel to 13 cities in eight countries for 25 performances. Director Travis Payne, who worked to coordinate choreography and other related production for Michael Jackson’s tour, “This Is It,” is a creative director for this global tour. Choreographer Stay Walker and stage designer Michael Cotton, who worked with Payne on Jackson’s tour, also contributed their talents in producing stages for G-Dragon, according to YG Entertainment.

The artist now has three more cities to visit to complete the tour, including Jakarta, Indonesia. He will perform for two days in Jakarta from Saturday at Mata Elang International Stadium.