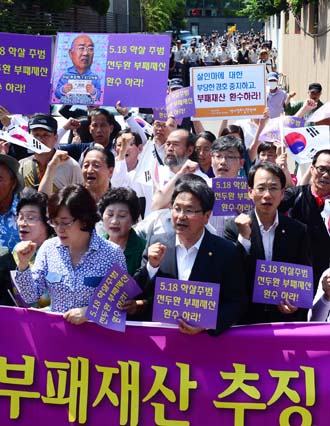 Representative Kang Gi-jung of the Democratic Party and members of a civic group based in Gwangju, South Jeolla, stage a protest yesterday in front of former President Chun Doo Hwan’s residence in Yeonhui-dong, central Seoul, demanding Chun pay the rest of his government-imposed penalty of more than 167 billion won ($148 million). [NEWSIS]