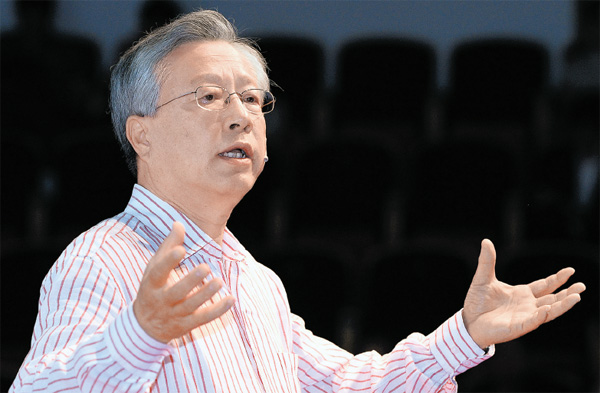 Lee said KT will create 25,000 jobs in the information and communication technology (ICT) field to provide more opportunities for people and to lead the industry at home and abroad, at a press conference attended by key executives of KT.

“We believe that ICT is not only the basis for a creative economy but is the growth engine opening up a way for our youths to go onto the global stage while also solving unemployment issues,” Lee said.

“As we have kept our pledges made at the time of the KT and KTF merger four years ago, KT will continue to fulfill the dreams of many and provide global business opportunities to people based on our successful management of the past four years.”

The company is set to establish the Gigabit Internet network, to be accessible through wired and wireless devices, which will become a major driver in building a “creative economy,” a goal of the Park Geun-hye administration, and will increase employment.

The company will launch the world’s first web-based IPTV next month, bringing the smart revolution to TVs.

The web-based IPTV will accelerate computerization of TVs by offering a two-way communication framework so that anyone can create content or participate in the development of services.

This will provide an unlimited number of channels and all kinds of content in the virtual space.

KT also plans to provide LTE network service throughout Rwanda for 25 years from 2014 by establishing a joint venture with the Rwandan government as part of its goal to tap overseas markets in Africa, Southeast Asia, and Central and South America.

“Since KT was privatized in 2002, a number of winds of change have blown in the industry and around the company,” Lee said. “Now KT is struggling to become a leading company. In order to do that, we will take on new fields that have not been tried by anyone. If the non-chaebol company KT succeeds in the domestic and global market, it could be the country’s new successful business case.”

The merger of the companies was considered a threat to SK Telecom, which was the dominant mobile communication provider.

But after four years, SK Telecom continues to hold the largest market share, more than 50 percent, trailed by KT with 30 percent and LG U+ with 19 percent.

Lee stressed that landline revenue has shrunk to nearly half of what it was before the merger.