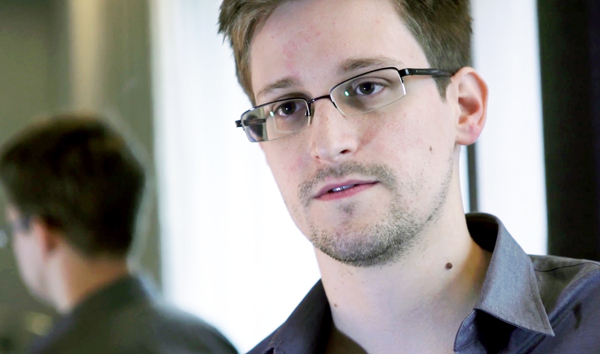 Leading U.S. Internet companies like Microsoft, Google, Yahoo, Facebook, AOL, YouTube, Skype and Apple all lost face after they were accused of collaborating with the U.S. National Security Agency in its hacking and mining of personal information through access to their networks around the world. The Washington Post reported that “the National Security Agency and Federal Bureau of Investigation are tapping directly into central servers of nine leading U.S. Internet companies, extracting audio, video, photographs, e-mails, documents, and connection logs that enable analysts to track a person’s movements and contacts over time.”

The Internet companies flatly denied the allegations. Keith B. Alexander, the NSA director and head of the U.S. Cyber Command, partly acknowledged that the agency collected phone records as well as Internet content and told Congress the surveillance programs helped to stop “dozens of terrorist events.” He argued that the NSA surveillance program met the standards of Section 215 of the Patriot Act, which allows the intelligence community to obtain “any tangible things” for “an authorized investigation” against international terrorism or clandestine intelligence activities.

The conflict of interest between personal privacy and national security will likely remain a hot social issue as well a constitutional debate over individual rights in U.S. courts. So far, the incident appears to be a revelation on the pervasiveness of government surveillance in the name of the war on terror.

But the essence of the case is more complicated and grave. The U.S. government invested billions of dollars to develop surveillance capabilities and networks that go beyond its borders. Internet services reach every corner of the global community, which means anyone in Seoul or anywhere else in the world could be watched and monitored, and their files and communication records stored in some U.S. intelligence database.

The European Union reacted furiously to the news.

Viviane Reding, vice president of the European Commission in charge of justice, challenged U.S. Attorney General Eric H. Holder Jr, demanding a detailed and expeditious response to concerns raised about the privacy of EU citizens under the U.S. surveillance program.

This case cannot be brushed aside as a displeasing and troubling affair involving someone spying on us and having our privacy invaded. There are few people in the world who do not make daily use of Internet sites owned and operated by U.S. companies. The U.S. government’s collection of “metadata” from our private lives could affect the national security and economies of other nations.

Studying pictures and writing we post on Facebook, what we Google, who we communicate with through e-mail and online messaging platforms can reveal detailed information on our private lives and behavior. We cannot imagine what could happen if all this information falls into the wrong hands. Playful jokes about aggression and religion between friends on the Internet or social networking platforms could suddenly lead to arrests in the name of preventing potential terrorist acts. In today’s highly competitive world, details of confidential business contacts or industrial secrets of rival nations could “incidentally” fall into the laps of U.S. authorities. The Snowden leak underscores that digital secrecy and privacy can affect national interests.

Our government, too, must demand answers from the United States about whether Korean civilian rights and privacy have been undermined or violated by its data monitoring of foreign clients of U.S. Internet companies or users of their sites. Local authorities also should extensively examine the security of the digital system and community. China blocks foreign IT services and offers its own set of network systems. But that option is not desirable in a globalized world. We must use the momentum to reinforce security systems against global network services. South Koreans have come under a series of cyberattacks.

We must be vigilant given the knowledge that these attacks and threats to our individual privacy could also undermine national security and interests.