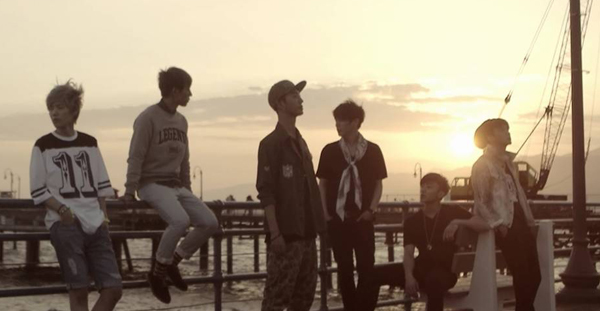 Boy group B.A.P released a teaser video yesterday for its title song “Coffee Shop,” which is part of its upcoming album, along with a photo of all six members.

The teaser video, released through YouTube and other online outlets, shows members being filmed for music videos in four different cities in the United States, according to the group’s agency TS Entertainment.

The 50-second teaser was produced by director Hong Won-ki, who has worked with other idol groups including Girls’ Generation and Beast.

As Hong also worked with the group on “Rain Sound,” many fans are waiting to see Hong how reflects the charm of the boy group as he filmed them in Los Angeles, San Francisco, Washington and New York. The group photo (below) was taken in Santa Monica Beach, California. The group will release the song “Coffee Shop” and the full version of the music video on June 28.