Photo Walks draw out the isolated

Photo Walks draw out the isolated 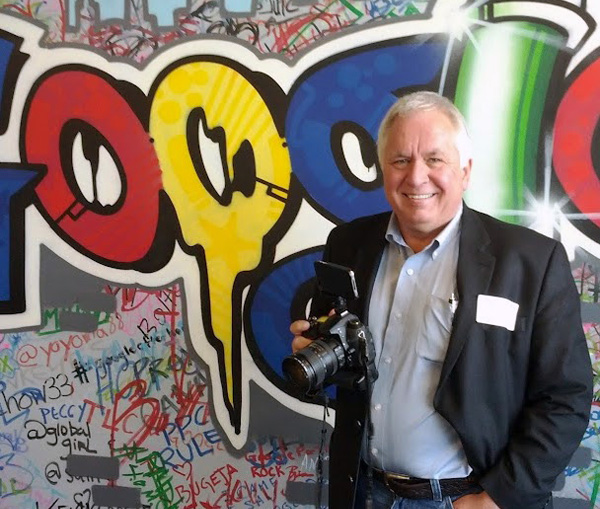 The Photo Walks project, which was initiated by Butterill, 60, shares photos and videos of different places across the world for those who can’t experience them on their own.

On the Google+ platform, volunteer photographers from different countries upload their images following the motto, “Walk the walk for those who can’t.”

The Canadian photographer presented his work and held a question-and-answer session with volunteers to give advice about the project in Korea.

When asked if the project is aimed at people with disabilities, John said not necessarily so.

“Not only physically disabled people,” he said. “The purpose of Photo Walks is to deliver energy and bring isolated people in society out of themselves.”

Butterill emphasized that the main message of the project is that no one needs to be left behind.

Google Korea, the organizer of the gathering, did not expect so many people to volunteer for the event.

“When I first posted this event on Google+ I assumed 20 to 30 people would sign up,” said Kim Kyung-sook, head of corporate communications and public affairs for the company. “However, over 100 people signed up in one day”

The meeting was attended by 50 volunteers, and 20 others joined via video chat.

Butterill and the volunteers shared ideas about how to better carry out the project in Korea. They decided to create a blog to communicate with each other.

Butterill’s first attempt at sharing photographs was with an 8-year-old boy who spends most of his time in the hospital due to illness. After the boy’s father posted Butterill’s video on Google+, it went viral.

Butterill created a Google+ page where people could share videos and photos.

“Honor flight” is an event that veterans attend in Washington on Memorial Day. But some vets are too old to attend and are confined to retirement homes. For them, Butterill took the Photo Walk to Washington, took video of Memorial Day and posted it on YouTube.

“You can do very simple things for people who cannot get out from their isolation,” said Butterill. “A Photo Walk does not necessarily need to be complicated. You can share your daily life with your neighbor, like taking a walk in the park or delivering the sound of a wave on a beach. People who cannot get out into the world can be forgotten by other people. This project tries to bring people out of their own little boxes. You can make a difference to people. You can get them out into the world, out of isolation.”

Through his volunteer work, he realized there are many people who need this kind of connection and deeply appreciate it.

“Once you start to realize that there are so many people, you will become their arms and legs,” he said.

“You have to be creative and go out into society and find these people and think about how you can help. That’s all you have to do,” he said.