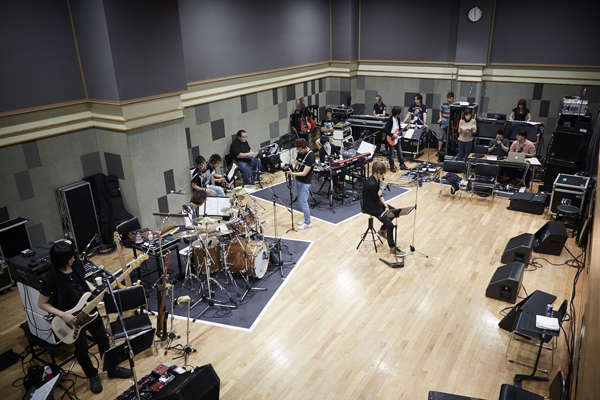 Singer Kim Jae-joong, center, practices with his band for an upcoming concert in Yokohama.[JoongAng Ilbo]

Singer Kim Jae-joong of boy trio JYJ has released photos of himself practicing for his upcoming concert in Japan.
Kim plans to not only perform his own songs in his solo EP but also to present some of the popular Japanese songs in “Kim JaeJoong Grand Finale Fanmeeting and Concert” for three days. Almost 40,000 fans are set to come see him for the event from June 24 to 26 in Yokohama. 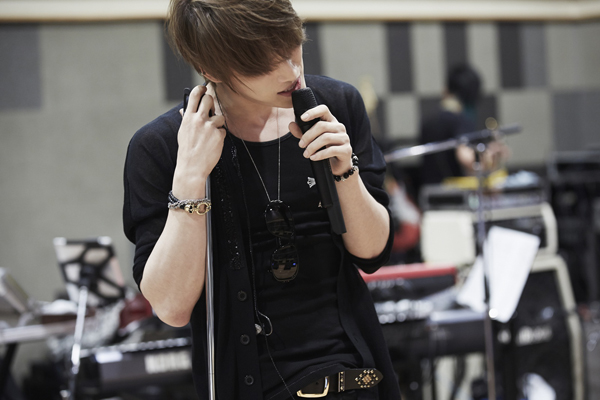 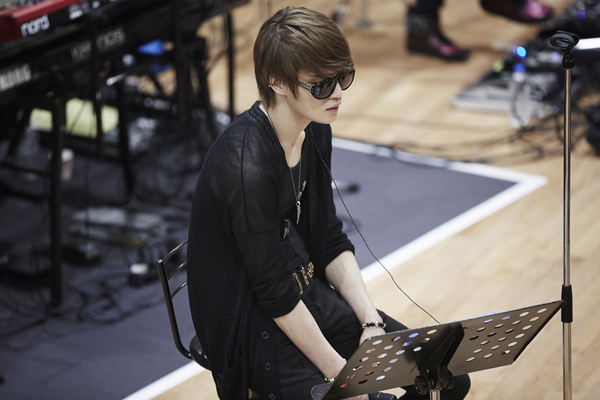 Kim Jae-joong of JYJ practices prior to his three-day concert in Yokohama. [JoongAng Ilbo]