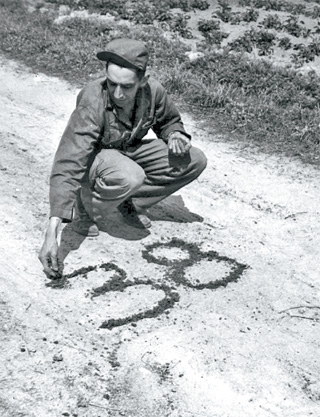 1 May 25, 1947. James R. McDonald, motion picture cameraman of the 123rd Signal photo detachment, writing “38” at the 38th parallel, the line that divided the American and Russian occupation zones after WWII.

On June 25, 1950, North Korea launched a sudden and unexpected - but fully planned - invasion of South Korea that would eventually leave nearly 2 million casualties on both sides. Pyongyang’s determination to take over the capitalistic South was displayed by its potent firepower prepared for over a year, which enabled it to take over Seoul within four days of the war’s outbreak.

In contrast to the thorough preparations by Pyongyang, Seoul was completely oblivious to plans for war.
International political events unfolded in favor of founding leader Kim Il Sung’s plan. In Aug. 1948, the Soviet Union succeeded in testing its first nuclear bomb, shattering the international expectation that it would take about 10 more years for the Soviets to gain nuclear arms. The next year, the communists under Mao Zedong won China’s civil war.

2 The Korean ambassador addresses the UN Security Council on June 25, 1950. An emergency meeting of the UN Security Council was called by the United States in which the U.S. demanded the passage of a cease-fire order to halt the invasion of the Republic of South Korea by North Korea. John Myung Chang, right, Korean Ambassador to the U.S., is shown addressing the members of the council. At the left is U.S. Ambassador Ernest A. Gross and in the center is Yugoslav delegate Djuro Nincic. 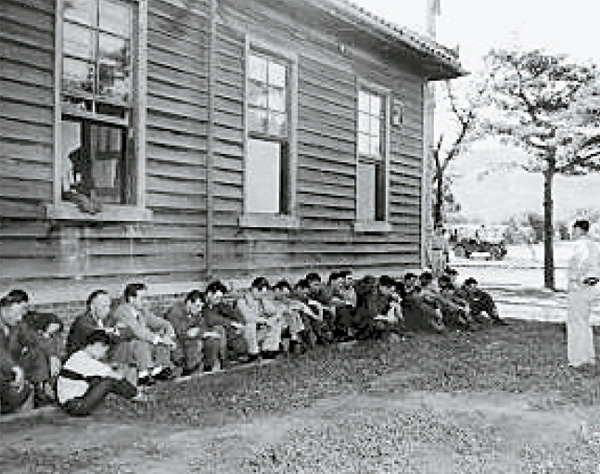 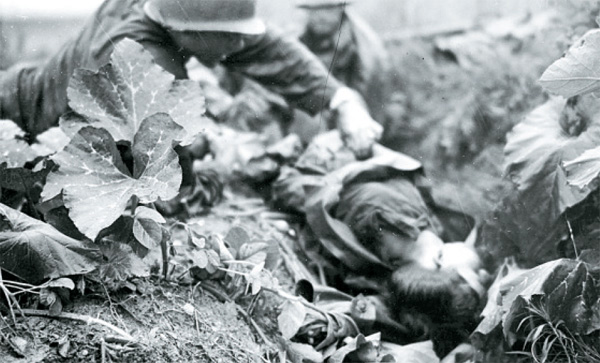 4 Pfc. Kenneth Shadrick, assistant bazooka gunner, who was killed by enemy fire at 6:20 a.m. on July. 5, the first American soldier killed in combat in the battle for South Korea. His death occurred during a skirmish with the enemy on the outskirts of Sojong village south of Osan.

In retrospect, the decision to go ahead with the full-scale invasion was a miscalculation by Pyongyang and Moscow. North Korea’s Kim assured Joseph Stalin that the U.S. would not intervene during two visits to Moscow.
But the U.S. and United Nations made a swift response. Only two days after the invasion, Washington decided to side with Seoul in the war. The United Nations declared Pyongyang’s invasion an act of aggression.
U.S. President Harry Truman ordered the deployment of military ground forces on June 30. At dawn on July 5, the first American casualty occurred near Osan, Gyeonggi. He was Pfc. Kenneth Shadrick, an assistant bazooka gunner, who was killed during a skirmish with the North Korean army on the outskirts of the city.
The three-year war left the Korean Peninsula devastated. The South Korean government estimated a total of 987,000 South Korean soldiers were killed, injured or went missing. The figure was 151,500 for the UN Coalition Forces. North Korea was also dealt a huge blow with a high toll on human lives. The war left over 10 million families separated by the demilitarized zone.
*Ko Ji-hoon, a researcher at the National Institute of Korean History, contributed to this article.