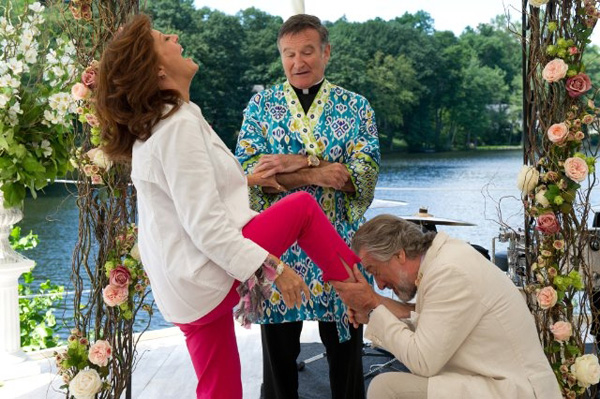 But despite the talented cast, it failed to live up to box office expectations in the U.S., receiving scathing reviews from critics saying it’s corny and contrived. Maybe the flick aimed too high with too many plots and major characters that go nowhere in the limited running time.

They are forced to pretend they are still married for the sake of their adopted child Alejandro (Ben Barnes), so that his wedding gets off without a hitch because the son’s biological, Colombian mother Madonna (Patricia Rae) is devoutly religious and frowns greatly upon divorce.

This is not the only problem the would-be married couple has to lurch through as the bride-to-be Missy (Amanda Seyfried)’s mother is very racist and doesn’t want her to marry a Hispanic man. Moreover, Alejandro’s sister Lyla (Katherine Heigl), who is on the verge of divorce, and his virgin brother Jared (Topher Grace) take out their problems on everyone else at all times.

Beleaguered by all the troubling family members, will the couple be able to get married?

The flick, adopted from a well-liked French film“Mon Frere Se Marie,” is set on a preposterous plot, but the visual beauty of the would-be married couple and excellent performances are enough to redeem the weak plot. 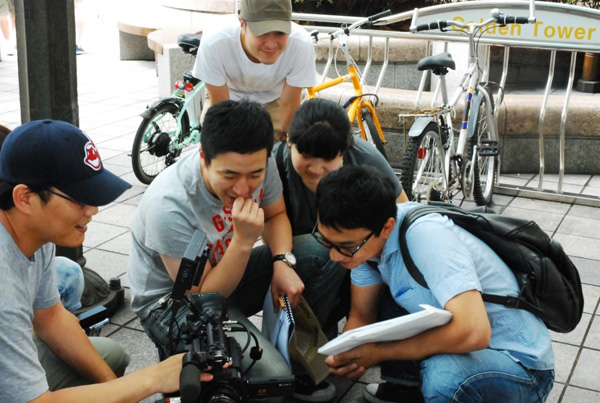 The film chronicles the daily life of aspiring film director Lee Byeong-hun (played by Hong Wan-pyo) based on the real life of the director who worked on the screenplays of hit movies “Speed Scandal” and “Sunny.”

The story starts as a broadcast production crew set out to explore the life of a wannabe director. But the lead subject Lee turns out to be too lazy, wallowing at home all day and then drinking at night with his friends. His friend Seong-ho is also an aspiring film director without any achievements - just like Lee - and Young-hyeon is an actor who has yet to land a notable role. Soon after, the production team calls for an emergency meeting to decide whether to continue the project.

The film was screened at the 2012 Seoul Independent Film Festival (SIFF) and the 2013 Jeonju International Film Festival in the Korean film competition, where it gained rave reviews, with tickets selling out at both festivals.

Killer Toon gained much attention for its unique story that employed a Webtoon (an animated comic strip provided on a popular portal site) as its material instead of just adapting it during a time when a slew of Webtoon-adapted movies have been doing well at the box office, like “Secretly, Greatly.”

The story starts off with the mysterious death of a Webtoon editor. The obvious clue immediately leads detective Ki-chul (Uhm Ki Joon) to suspect the Webtoon writer Ji-yoon (Lee Si-young) as the culprit. Of course, Ji-yoon denies the charge, but several days later, another victim is found dead again resembling what she has drawn in her comic strip. She is then found in the wrong place at the wrong time, making Ki-chul arrest her. At the end of her tether, she confesses the startling secret of her Webtoon and horrifying events ensue.

The film effectively uses comic strips to deliver visual pleasure, overlapping crime scenes and animations. The horror flick is sure to get your adrenaline pumping with convincing performances by the leads as well as many twists and turns. 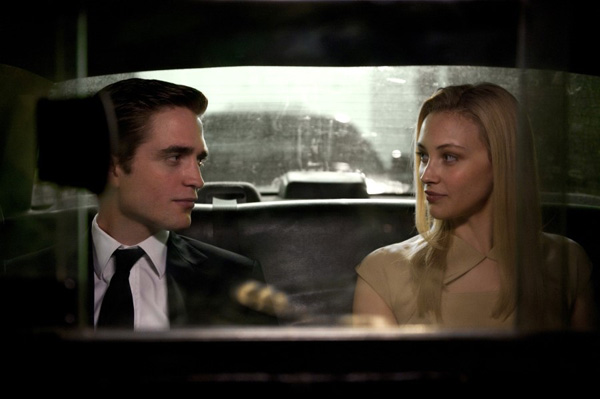 David Cronenberg’s adaptation of Don DeLillo’s 2003 novel of the same name tells the story of a Wall Street banker’s complicated quest to get a haircut. Eric Packer, a 28-year-old billionaire played by “Twilight” star Robert Pattinson, gets in his limo for a cross-city visit to his favorite barber.

Stuck in traffic, Packer’s life slowly crumbles around him. His currency play against the Chinese yuan fails, and his financial situation with it.

Meanwhile, his wife leaves him, a contract killer is dispatched against him, he gets caught up in protests, he pays for sex twice and he has a medical check-up - almost all within the confines of his limo.

The deliberately cold, dehumanizing portrayal of characters and its disconcerting rhythm mean this movie is never going to be a blockbuster. But that’s not what Cronenberg is going for. His deadpan, chilling look at how disconnected the 1 percent really are is deliberately trance-like. But it’s not for everyone. The movie can come across as lifeless and frustrating rather than ominous and menacing. Worth a watch, if only to see Cronenberg’s courageous attempt at filming an “unfilmable” novel. 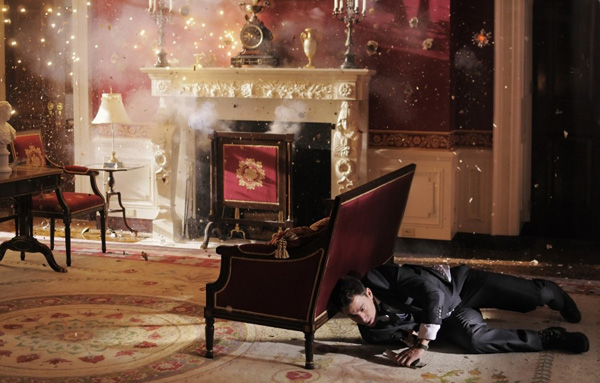 Veteran action director Roland Emmerich’s return to the White House is a dismally predictable affair. It’s like “Die Hard” but set in Washington and not very good. Police hero John Cale (played by Channing Tatum) is touring the White House when it’s suddenly invaded by a right wing paramilitary group led by Emil Stenz (played by Jason Clarke). Cale has to save the Air-Jordan-wearing president (played by Jamie Foxx) and his hapless aides, all while protecting his precocious daughter (played by Joey King) who’s left floundering on her own. This is a completely shameless action thriller that oozes cliches and obliterates any sense of reality. Despite countless deaths, the movie moderates itself down to a PG-13 rating - a decision that makes for dreary watching given its one selling point is outrageous and unabashedly formulaic action scenes. Everyone appreciates a no-thinking-required action thriller with complete suspension of disbelief, but Emmerich’s pseudo-parody requires viewers to willingly sacrifice a number of brain cells.

Released on April 12 in China, this romance film is now the eighth-highest grossing film of all time in the romance genre in China, earning 192.17 million yuan ($23.22 million) at the box office.

Qiao Qiao and Li Xing are a young couple in college that appears to be blissfully in love.

But the real romance sets out when they decide to split up to pursue their individual careers. But they make a pact that they will be married if they are both alone in five years.