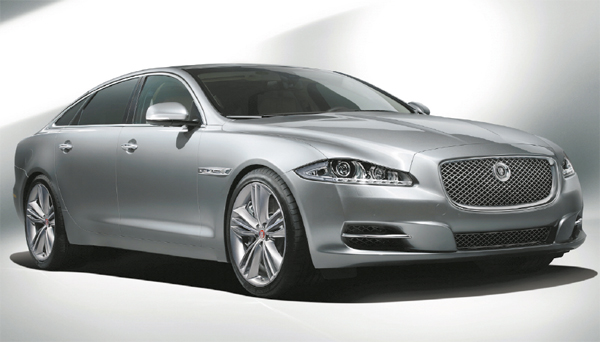 In a country where German cars dominate the import market, driving a Jaguar is seen as exotic. The brand still has a classic image of British luxury here, but at the same time it has become modern.

Although Jaguar is now part of the Indian motor group Tata and some critics say it has fallen off a little, it has been clawing its way back.

Korea has been rising as a market for Jaguar. According to data from the Korea Automobile Importers and Distributors Association, 686 Jaguar models were newly registered in the first five months of this year, which is a 38-percent increase from a year ago.

Tata, which bought Jaguar from Ford for $2.3 billion in 2008, has embarked on a $2.4 billion per year investment program through 2017 to develop new models and engines. Two of its new ideas are to offer the fuel-efficient powertrain as well as all-wheel drive. 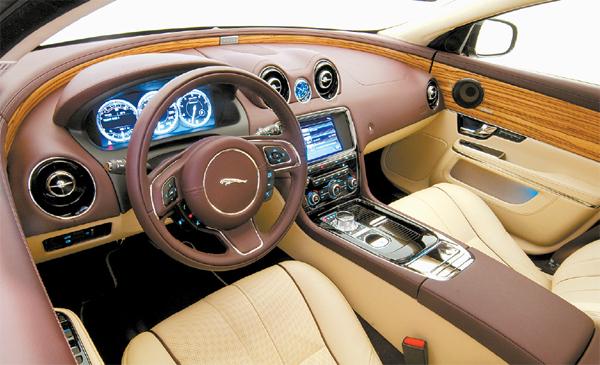 Jaguar has upgraded the new XF and XJ, which now come with an eight-speed automatic transmission, all-wheel drive, and a more fuel-efficient engine like the 2.0-liter I4 DOHC Turbo.

In Korea, the 2013 XJ comes in eight varieties. According to Jaguar Land Rover Korea, the most popular XJ model is the one with the V6 Turbo Diesel engine, with the impressive fuel efficiency of 12.4 kilometers per liter (29.2 miles per gallon).

The XJ’s size is intimidating. My car was 5.2 meters (17 feet) long and 1.89 meters wide. Parking was the most difficult part of the test drive. It barely fits into the normal spaces of apartment building parking lots.

The exterior design of the XJ, however, is stylish and doesn’t look like an old Chairman, thanks to its coupe-like side silhouette. Designed by Ian Callum, who is considered one of the top three automobile designers in the world, the new XJ is elegant but sportier than its competitors.

Even more impressive is its interior design. With its brown leather-bound dashboard and polished wood trim below the glass extending around the doors, it feels like you are on a luxury yacht.

The center console is highlighted by a chrome-cover rounded air vent and a straightforward eight-inch touch screen which allows you to control the multimedia navigation system.

While most luxury brands insist on knob-based controls next to gear knobs to work the navigation or multimedia features, I find touch screens more useful and less time-consuming. In addition, the center screen can display two separate features, allowing a driver to check navigation while a passenger watches a video.

The XJ doesn’t skimp on luxury for the passengers in the back. Eight-inch LCD screens are installed in the headrests of the front seats as well as individual remote controls and digital headphones.

Not only is the leg room sufficient, but the back seat has its own dual-zone automatic climate control. A massage feature and a foot rest are a plus, taking a hint from first class airline seats.

However, the real fun of the XJ still comes from the driver’s seat. For those CEOs who will mostly make their chauffeurs drive, I propose they take the wheel on their own and drive. It’s worth it.

The new XJ’s 3.0-liter supercharged V6 engine is derived from Jaguar’s excellent 5.0-liter V8 that formerly was the smallest available for this model.

Although the 5.0-liter V8 remains in the XJ lineup, as does the supercharged V8, the V6, which has an output of 340 horsepower and 45.9 kilograms-meter of torque, is enough. It can still get you from zero to 100 kilometers per hour in 5.9 seconds.

The fuel efficiency of the XJ 3.0 SC Premium Luxury LWB is a mere 8.4 kilometer per liter, but I assume customers who purchase the XJ, which starts at 109.9 million won ($95,000), won’t put much emphasis on that, instead looking for comfort and driving performance.

The new Jaguar XJ has evolved, but it still provides British elegance and dynamic performance. For those who are looking beyond the BMW 7-Series, Mercedes-Benz S-Class or Audi A8, the Jaguar XJ might be your car.