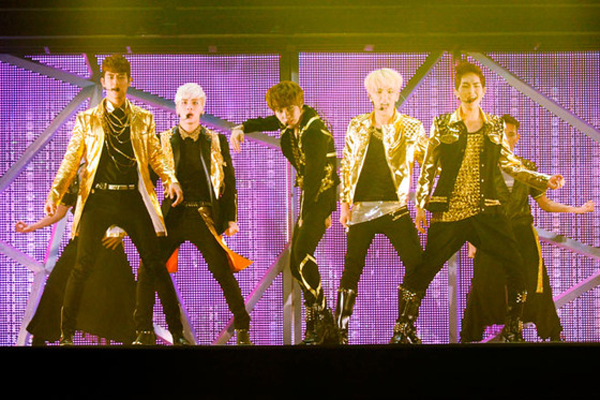 The boy group SHINee has kicked off its Japan tour under the banner, “Japan Arena Tour SHINee World 2013 - Boys Meet U” on Friday at Saitama Super Arena, Saitama, Japan.

On the tour’s first weekend, the group drew 100,000 fans to three concerts.

Opening the concert with its song, “Breaking News,” the title track of its second album that has been released only in Japan, the boy group had fans in a frenzy throughout the shows by performing several of its hit songs, including “Juliette” and “Lucifer” and unveiling its new EP, “Boys Meet U,” for the first time.

According to its agency SM Entertainment, the group is expected to attract 200,000 fans to its scheduled 13 concerts that run through December. The quintet will perform in eight cities, including Osaka, Niigata, Sapporo, Kobe, Hiroshima and Fukuoka.

The second concert tour will be held in Osaka Castle Hall in Osaka, Japan, on Saturday and Sunday.